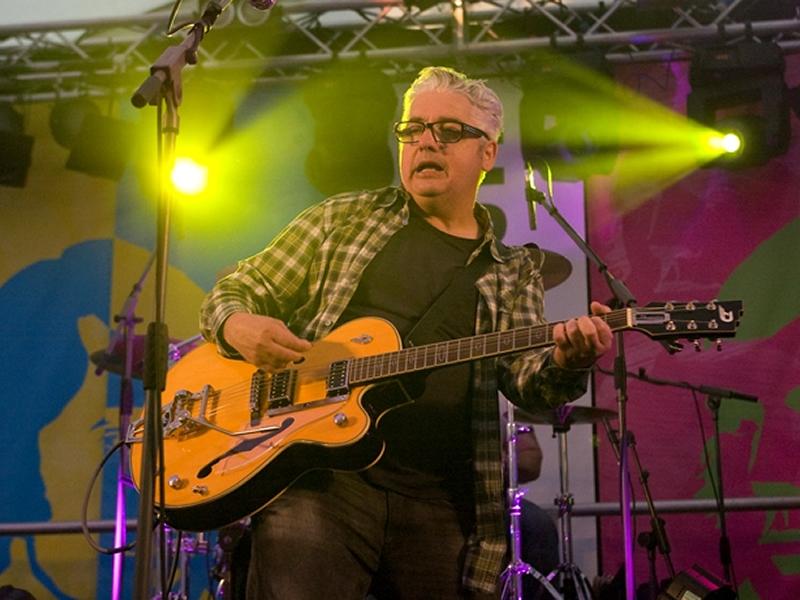 Jinky returns for his annual festive show, known as Jinky Bells. Internationally acclaimed Scottish singer-songwriter made his recording debut in 1989 with The Silencers, one of Scotland’s top bands who enjoyed huge success throughout Europe. A naturally gifted vocalist, (in his youth, JJ came very close to a career in classical music as a tenor) he first joined the band as a backing vocalist though later in the bands career JJ progressed seamlessly to lead vocalist. Seven action-packed years of gigging and recording ensued during which THe Silencers had gold albums, sold over half a million records for BMG/RCA, headlined major rock festivals and were regulars on hit TV shows across Europe. However, all good things come to an end and after this successful period with the band, JJ decided he needed to take on new challenges and embarked on a solo career. With a number of critically acclaimed solo albums under his belt, Jinky has a wealth of material to choose from. A fresh new album is about to be released too. Famous for songs with a melancholic edge along with his hilarious, irreverent in-between comedic banter, these gigs are a great night out.

We are delighted to have Ewan MacFarlane, frontman with Grim Northern Social as Special Guest, who has just released his debut solo album ‘Always Everlong’.

Other Events at Airdrie Town Hall

Catch Beyond the Barricade at Lanark Memorial Hall on Friday 28th January 2022 - a blockbusting show of the greatest songs in musical theatre!
Read more

A Vision Of Elvis is one the world’s leading Touring Elvis Productions, catch it when it comes to the Town House Hamilton on 29th January!
Read more

Big Country will perform classic hits including Harvest Home, Fields of Fire, In A Big Country, Chance, Wonderland plus many more when they play Motherwell Concert Hall in February!
Read more

The Dean Park Show is a show full of laughter and music from one of Scotland's greatest entertainers, don't miss it at Rutherglen Town Hall on Saturday 12th February!
Read more

After missing out on their annual Sold Out appearance at Lanark Memorial Hall in 2021, Little Fix are back with a new three-piece line up!
Read more

Big Country will perform classic hits including Harvest Home, Fields of Fire, In A Big Country, Chance, Wonderland plus many more when they play Motherwell Concert Hall in February!

Sir Ranulph Fiennes' endeavours have pushed his endurance levels to the limits, inspiring generations and making him a pioneer of exploration join him for an evening at Motherwell Concert Hall!

The McDougalls In Toyland

All aboard the Toyland express and join everyone's favourite children's theatre company, The McDougalls, for five star family fun at Rutherglen Town Hall!