The Jerseys: Oh What A Nite!

This all-singing all-dancing show will have you dancing in the aisles! Don't miss The Jerseys at East Kilbride Village Theatre on Thursday 30th September 2021! 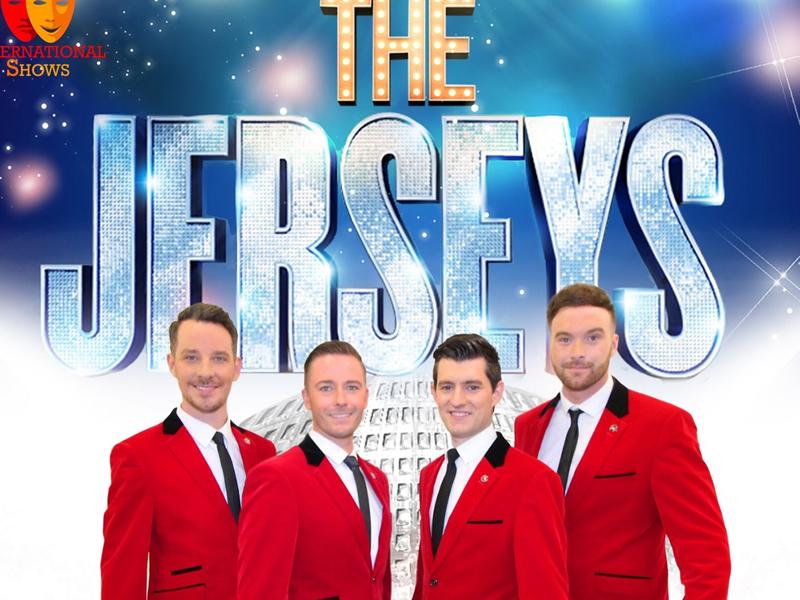 About The Jerseys: Oh What A Nite!

Join 'Oh What A Nite!' as we celebrate the timeless music of the 100 million album selling Frankie Valli & The Four Seasons..Incredible falsettos, beautiful acapellas - the authenticity of the sublime harmonies of the 60s and 70s - with a huge repertoire including 'Sherry', 'Walk Like A Man', 'My Eyes Adored You', 'Grease', Rag Doll', 'Stay', 'Lets Hang On', ‘Big Girls Don’t Cry’ before finishing off with headline hit 'Oh What A Night'! This is much more than just another tribute show - this is a celebration of fantastic music performed by an array of incredible talent.

The Jerseys have performed in various prestigious venues, visiting the length and breadth of the UK. Some notable shows include a performance for Her Majesty The Queen on The Long Walk, Windsor Castle for her 90th Birthday Celebrations, and internationally including The Paris Casino in Las Vegas.

With a cast between four and eight, this all-singing all-dancing show will have you dancing in the aisles. Currently in its 4th sell out U.K. tour.

Britney and the Beast

Join Insideout Productions at East Kilbride Village Theatre this Christmas as they take you on a hilarious journey through Pantoland with this new Scottish twist on the old classic tale!
Read more

Who doesn't love the wrestling? Well now is your chance to come along and see superstars live in action in Hamilton at the Town House on Saturday 16th October!
Read more

Fiddler Alastair Savage will be joined by Alice Allen, a rising star on the Scottish cello scene, for an evening of music at The Institute, New Lanark as part of Music In Lanark!
Read more

Scotland's favourite bigots are back in this hilarious new sequel to Des Dillon's smash hit comedy, Singing I'm No A Billy He's A Tim! Catch it at Lanternhouse, Cumbernauld on 17th October!
Read more

The Ballroom Boys double act Ian Waite and Vincent Simone are set to return in 2021 with a brand new show! Catch it at the Town House, Hamilton on 21st October!
Read more

Everybody Hates Raymond is the ultimate self-help comedy show that teaches you one simple truth in a hilarious way! Catch it at the Town House Hamilton on 22nd October!
Read more

The Simon and Garfunkel Story

Direct from it’s success at London’s Lyric Theatre, Shaftesbury Avenue, a SOLD OUT Worldwide tour and standing ovations at every performance, The Simon & Garfunkel Story is back!
Read more