One Night In Dublin

The Wild Murphys promise one glorious night of high-energy Irish Music and more than a little bit of Irish Craic at the Town House Hamilton on Saturday 12th February! 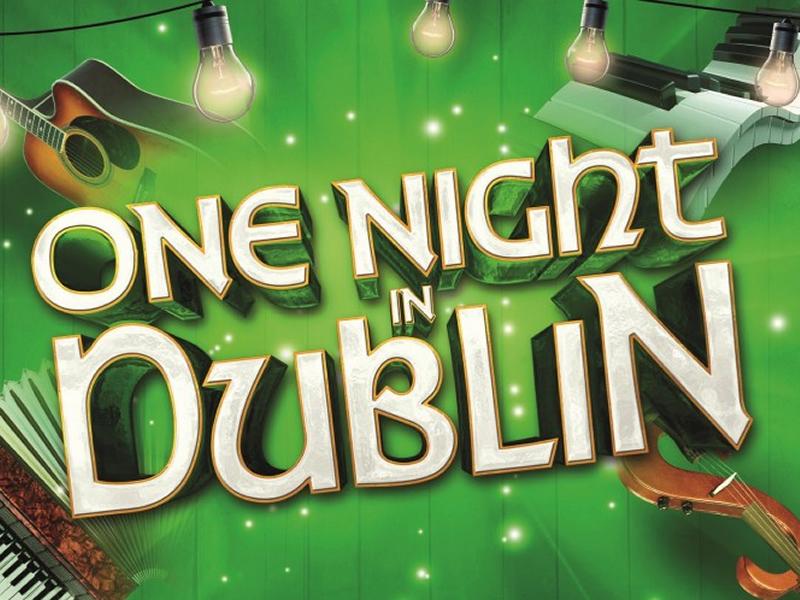 About One Night In Dublin

One Night in Dublin comes to Hamilton as The Wild Murphys set up Murphy’s Pub at The Town House, guaranteeing one glorious night of high-energy Irish Music and more than a little bit of Irish Craic.

The multi-award-winning Irish band The Wild Murphys features the very best traditional Irish musicians playing a thrilling mix of traditional and contemporary tunes guaranteed to have the audience’s hands clapping and toes tapping all night long.

The seven-piece live band is headed by lead singer Middi Murphy armed with blarney, banter and an accordion, alongside Trevor Brewis (Jimmy Nail) on drums, Tony Davis (Prelude) on keys and the BBC award-winning fiddle player Sophy Ball on fiddle.

In their own inimitable style, The Wild Murphys celebrate Irish classics with tracks including: Galway Girl, Tell Me Ma, Dirty Old Town, The Irish Rover, Brown Eyed Girl, Seven Drunken Nights, Sally MacLennane, When You Were Sweet Sixteen, Whiskey in the Jar, Wild Rover and Molly Malone, to name just a few.

Let ONE NIGHT IN DUBLIN come to you – kick back in Murphy’s Pub, sing along and imagine yourself back in Temple Bar as Middi and his band entertain you all night long - Ah, go on, go on, go on!

Big Country will perform classic hits including Harvest Home, Fields of Fire, In A Big Country, Chance, Wonderland plus many more when they play the Town House Hamilton in September!
Read more

Timeless classic, The Very Hungry Caterpillar, has made its way off the page and onto the stage! Catch it at the Town House Hamilton in November!
Read more

Join the cast of enchanted characters on a roller coaster ride of thrills and spills when family panto, Beauty And The Beast, comes to the Town House Hamilton this Christmas!
Read more

This Christmas, party the night away in style at one of The Town House Hamilton's Ceilidh Party Nights featuring The Clyde Valley Ceilidh Band and resident DJ Floorfillerz!
Read more

The McDougalls and the Magic Castle

Packed with singalong songs, musical mayhem and bucket loads of audience participation, this five star family show from The McDougalls is the perfect winter treat for your little ones!
Read more

Paul Smith is back on tour with his brand new show 'Joker', it's his biggest and funniest tour show to date and you can catch it at The Town House, Hamilton on 27th May!
Read more

Lulu - For The Record

Join Lulu as she shares, for the first time, many untold stories, her memories and experiences with the greats – and enjoy with her the music that has been her constant companion!
Read more

Fans of The Beatles prepare to be wowed by the world's favourite Liverpool-born tribute to the Fab Four, The Mersey Beatles, live at the Town House Hamilton on Saturday 4th November!
Read more

Que Sera Sera is a magnificent tribute to the Hollywood Icon that is Doris Day, don't miss it at Rutherglen Town Hall on 30th August 2022!
Read more