VE Day extravaganza for care homes across the UK 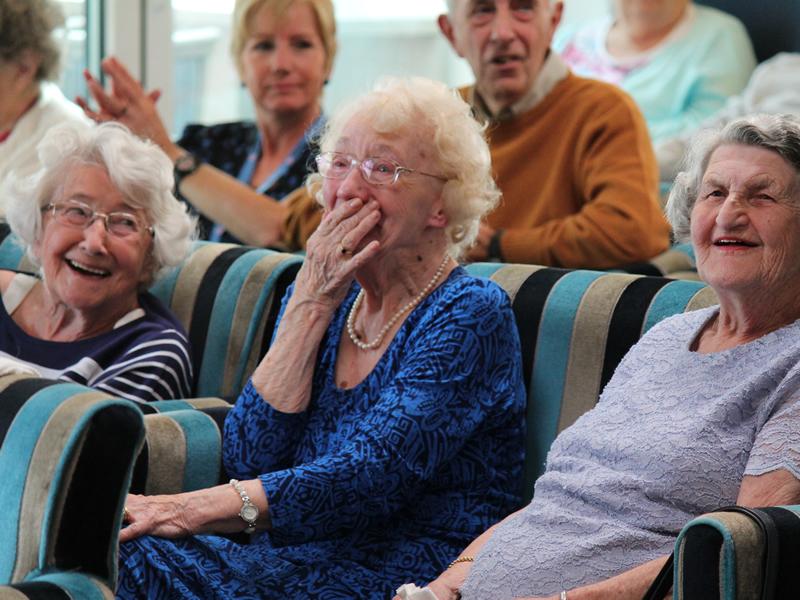 Care homes and the vulnerable are NOT FORGOTTEN as charity organises special online variety show for VE Day.

A special VE Day episode of The Best Seat in the House - a new online variety concert especially created for the elderly and care homes during the lockdown - will air on Friday 8th May.

Created by The Not Forgotten - a British Armed Forces charity for serving and ex-service men and women - The Best Seat in the House has been running for a few weeks now. The twice-weekly, hour-long shows have been enjoyed by residents in thousands of care facilities across the UK, as well as those who have tuned in from their own homes. From messages of hope to performances inspired by the 1940s through to 1970s, celebrity guest appearances have included Sir Cliff Richard, Brian May, Brian Conley, Anita Dobson, Lesley Joseph, Russell Watson, Bonnie Langford, Jimmy Cricket and some of the cast of Emmerdale, Eastenders and ‘Allo ‘Allo!, to name a few.

The special VE Day episode will not only feature a wonderful message from the forces sweetheart Dame Vera Lynn, but will provide a trip down memory lane for viewers with a collection of tributes to the likes of Winston Churchill, Gracie Fields, Anne Shelton, the Andrew Sisters, Max Miller and many more. It certainly celebrates the best of wartime entertainment.

Brigadier James Stopford CBE, CEO of The Not Forgotten, said: “We wanted to ensure those who were already isolated, lonely, and vulnerable are not forgotten, nor are they allowed to languish in these difficult times. THE BEST SEAT IN THE HOUSE is a way for us to entertain those in care and senior living facilities across the country, provide them with two hours of simple, feel-good entertainment each week and put a smile on their faces during these uncertain times.

“As a military charity, creating a special VE Day episode was a must to honour all those who gave so much in the war. The entertainers we pay tribute to in the show all helped rally the troops 75 years ago and I hope those watching are able to reminisce and recall some of the better times with comrades, and feel the pride of Britain as we unite against this new enemy in the virus.”

THE BEST SEAT IN THE HOUSE is available to watch on The Not Forgotten’s YouTube Channel - www.youtube.com/TheNotForgottenAssoc and new episodes are uploaded every Tuesday and Friday from 3pm GMT. For more information on The Not Forgotten, visit www.thenotforgotten.org.

The VE Day special episode will be available from 9am on Friday 8th May.