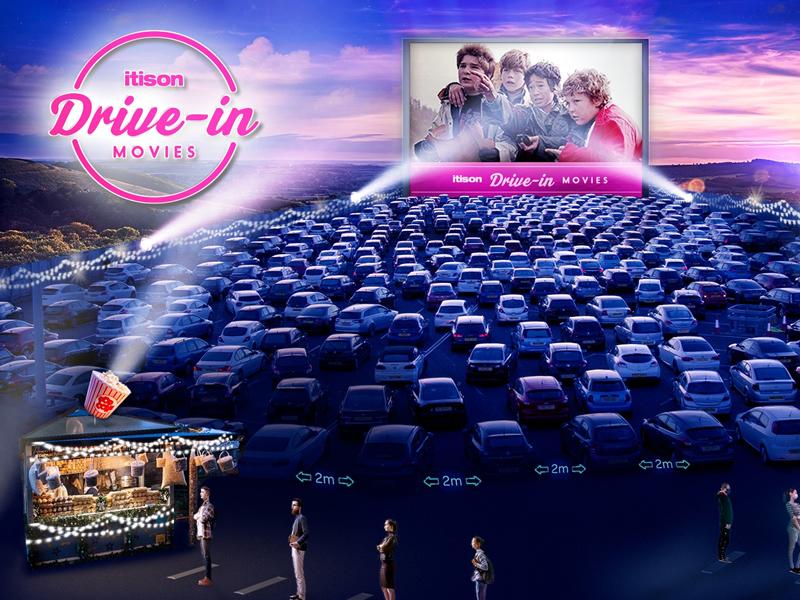 Just when you thought Summer was over... itison, organisers of Scotland’s biggest and best Drive In, announce they are set to return this July with Scotland’s first socially distanced Drive In and this time, they’re going feel good!

itison has been pioneering the way in Drive In events across Scotland with a seven-year history of sold out events for over 175,000 movie goers. Their Christmas Drive an annual pilgrimage sells out in minutes and now they’re looking to bring the feel-good factor to thousands of families post-lockdown.

Following in the footsteps of countries like Germany and South Korea, itison’s expert event team are putting plans in place for a socially distanced Drive In including:

• Ticket scanning through closed car windows
• Socially distanced toilet queues (or complimentary bottle if you don’t want to leave the car)
• Gourmet street food takeaway from on-site caterers inc toasted marshmallows
• In car quizzes and their famous Caraoke!
• A movie line-up of feel-good classics and blockbusters to bring a much-needed smile to everyone’s face!
• Refunds promised to ticket-holders if the event should get cancelled or postponed
• Tickets donated to NHS key workers on VIP guestlist

Oli Norman, CEO of itison said: “We’ve been running Drive In since 2013 giving thousands of families magical memories, that’s needed now more than ever! We want to give people some hope and a fun thing to look forward to when it’s safe to do so.

“We also want to thank our incredible NHS key workers and will be donating tickets on a VIP guestlist for them to enjoy a well-deserved fun day out with their family and friends.

“Our world-class events team are working behind the scenes to plan our first ever socially distanced Drive In and one that is fun and feel good, because everyone needs a smile on their face right now! Of course, we’ll only launch when is safe to do so, hopefully we’ll see everyone in July!”

itison Drive In Movies series of events has attracted over 175,000 people to screenings of iconic movies in matching locations including all eight Harry Potter films shown against the stunning mountain backdrop of Glencoe, Jaws by the sea at Troon, Top Gun at Edinburgh Airport and Christmas classics every December at Loch Lomond Shores which sell out within minutes.

To be the first to discover dates, movies, location and on-sale information, hit interested on the event: Facebook.com/events/274511540343580/