Make the most of barbecue season with Dobbies and Weber

In the new episode of the Dobbies' podcast, the leading garden centre retailer has teamed up with popular barbecue manufacturer, Weber, to share a host of top tips and cooking advice. 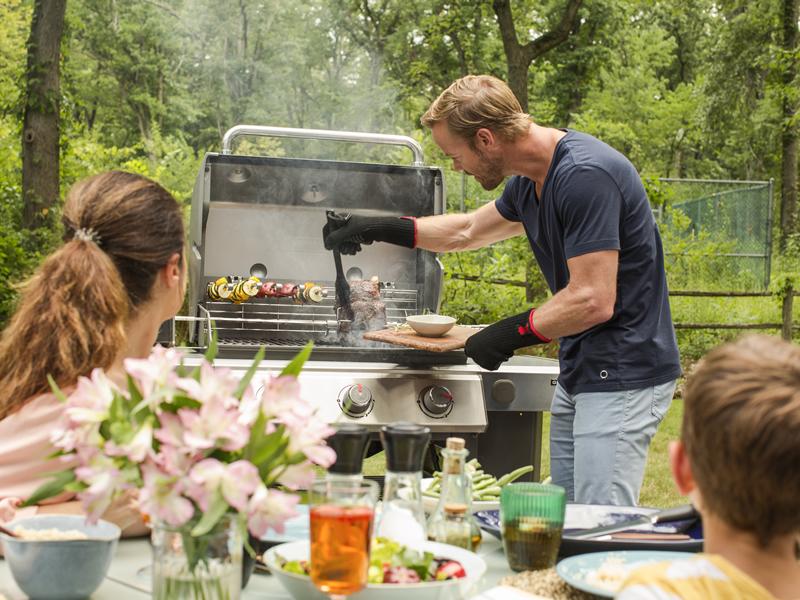 With British summertime now in full swing, barbecue season is officially upon us, and Dobbies has all you need to know to get grilling this summer.

In this episode, host Louise Midgley is joined by ex-chef and Head Grill Master at Weber, Dan Cooper, to discuss the nation’s favourite garden asset. The pair discuss everything from picking the perfect barbecue to suit your space, to the best foods and favourite recipes to grill in the garden.

Head Grill Mater at Weber, Dan Cooper, said: “At Weber we’re passionate about good food and good times, and what better way to enjoy the lighter summer months than with some delicious al fresco dining.

“We’ve got a variety of brilliant barbecues and accessories to suit a variety of outdoor spaces and cooks of all abilities, and there really is no limit to what you can cook on the barbecue.”

The episode takes a closer look at how versatile barbecuing can be, offering much more than traditional burgers, sausages and grilled vegetables. Dan explains that by taking an ‘indirect’ cooking approach and treating the barbecue like an outdoor oven, the possibilities are endless, and you can cook everything from homemade pizzas to freshly baked bread.

Graeme Jenkins, CEO at Dobbies, said: “Summer is the perfect season to fire up the barbecue and spend time in the garden. We offer a range of barbecues and a whole host of accessories in store and online, to suit all tastes and budgets. It’s also worth viewing the Facebook Live we recorded with Weber, which features on Dobbies’ Facebook page, for more great advice and questions from the public.”

The Dobbies podcast has a number of episodes available to listen to now, with everything from growing your own produce at home to inspiration and ideas for gardening with kids.

Listen to the Dobbies podcast now at www.dobbies.com