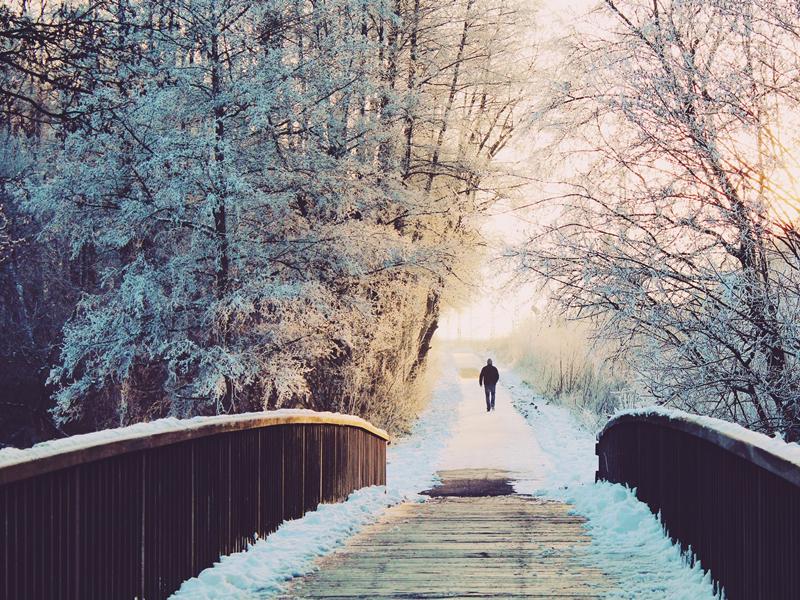 The Active Outdoors campaign highlights the many open-air facilities across North Lanarkshire, including nature reserves, country parks, outdoor gyms and play areas that are accessible to all.

As part of the campaign, solar stud ‘guiding’ lighting will be installed around the paths at Duchess of Hamilton Park in Motherwell and Drumpellier Country Park as pilot projects. The low level lighting will provide a guide for walkers and cyclists using the parks into the early evening, providing people with a couple of extra hours outside after dark. New signs will also be installed showing the distance around the paths and features within the parks.

Plans are in place for online maps of walking, running and cycling routes in communities, and workout suggestions for people to use the outdoor gyms in local parks.

The aim is to get people outdoors and active at their own pace, using amenities in a natural environment right on your doorstep.

Information will be published on the council’s web site and social media channels – www.northlanarkshire.gov.uk/outdoors.

“The coronavirus pandemic has clearly demonstrated the importance of greenspace for health and wellbeing and, with restrictions likely to be in place for some time, we want to highlight the wonderful facilities we have on our doorstep in North Lanarkshire,” said Councillor Michael McPake, Convener of the Environment and Transportation Committee.

“Our three country parks are popular attractions, but people may not be familiar with some of our other town parks, cycle and walking routes, and nature reserves.

“Through the Active Outdoors campaign, we’ll be highlighting these facilities and the wildlife, heritage and points of interest around the area, as well as providing suggestions for exercise for all abilities and family activities.

“Even through the winter, there’s still plenty of things to do and see in our local area while we enjoy some fresh air and a bit of exercise.”

Investment of £50,000 from the Scottish Government’s Spaces for People fund will support the campaign materials, signage and lighting.