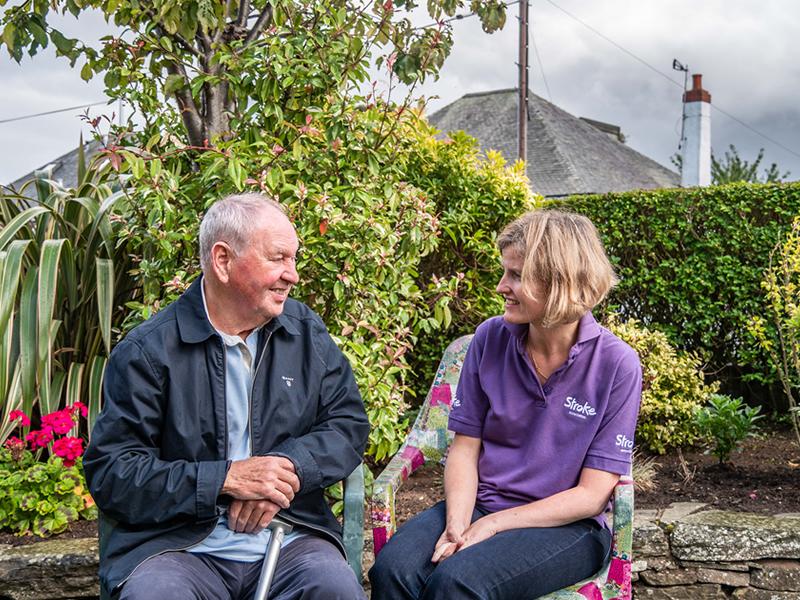 The first of its kind in the UK, Stroke Prevention Day took place Thursday 14 January, with people encouraged to make one small change to reduce their risk of stroke.

To mark the day, Dobbies has recorded a special podcast episode with the Stroke Association, discussing how gardening can have positive physical, mental, social and emotional benefits to those rebuilding their life after stroke.

In the first episode of the new year, podcast host Louise Midgely is joined by Claire Fincham, Prevention Manager at the Stroke Association, to talk about the various benefits that gardening can have as well as sharing a host of practical advice and tips to help people affected by stroke.

Graeme Jenkins, CEO at Dobbies, said: “We started working with the Stroke Association during 2020 and this collaboration has enabled us to emphasise the impact gardening can have on those rebuilding their lives after stroke. Thank you to the Stroke Association for giving us the opportunity to help support the launch of the first ever Stroke Prevention Day.”

The Stroke Association is encouraging people to get involved on Stroke Prevention Day and make one small, simple change over the next three months. Whether its getting up and moving regularly during the day, stopping smoking or swapping an alcoholic drink for a soft one, the Stroke Association will support you during your three-month pledge.

Claire Fincham, Prevention Manager at the Stroke Association, said: “The biggest thing you can do reduce your risk of stroke is to start by making one small change and getting into gardening as a form of exercise is perfect for this. We’re delighted to be working with Dobbies to spread the word about its many benefits.”

Dobbies’ latest podcast with the Stroke Association is available to listen to and download now via Apple Podcasts and Spotify www.dobbies.com/content/podcast.html

Previous episodes are also available and include seasonal gardening tips ahead of spring, practical advice for beginners and handy insights from Dobbies’ experts on growing your own produce at home.