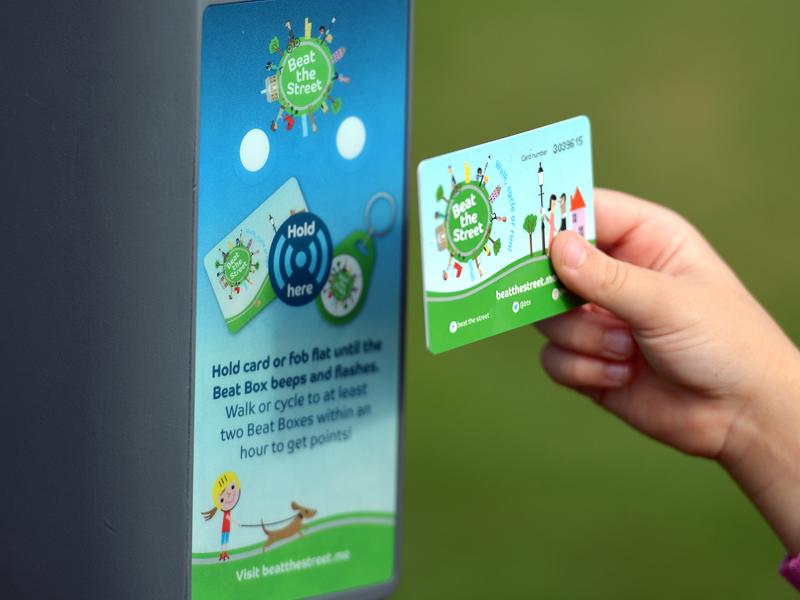 The free six-week game takes place until Wednesday, 28th April and so far, more than 7,000 people have signed up and have together walked, cycled, run, wheeled and scooted their way to more than 26,000 miles.

Organisers are set to donate another £100 to Kilbryde Hospice when players exceed 50,000 miles.

Erin Sandilands, Lead Community Fundraiser at Kilbryde Hospice said: “This area always embraces the Beat the Street games and we’re really enjoying seeing families exercising together. As well as getting active, you’ve helped us secure a donation of £100! Please keep up the great work and we could be in with a chance of winning up to £500.”

The physical activity game is about to enter its Go Explore week, helping connect local residents with the historic and cultural landmarks on the doorstep.

Michael McGlynn, Executive Director of Community and Enterprise Resources, added: “The Beat the Street game is off to a great start and the Go Explore week is key to encouraging participants to really explore the local area on foot. It’s amazing how we tend to use the same routes all the time, so the aim of the week is to help players get to know routes to work or school that they may not have realised were accessible, plus green spaces that are so good for your mental health.”