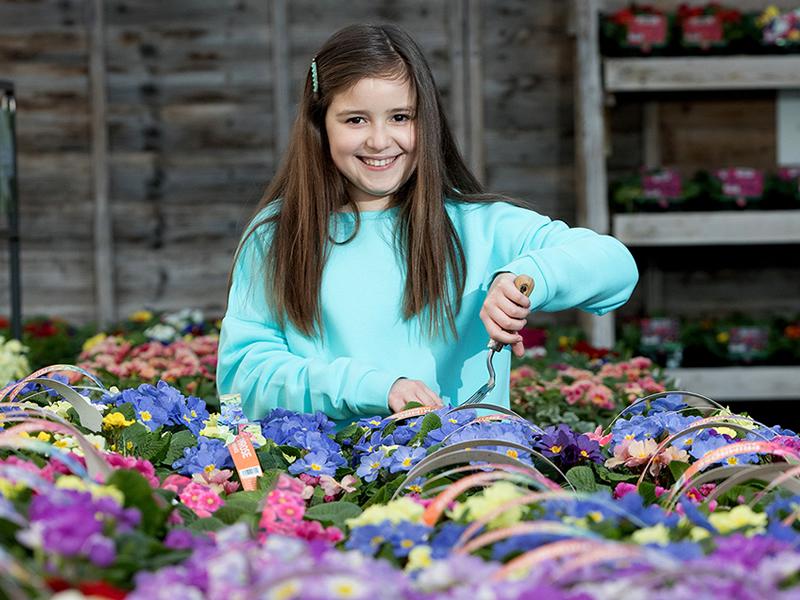 Dobbies, the UK’s leading garden centre retailer, has announced the launch of its first-ever ‘Not Your Average Gardener’ awards, to find the UK’s best and most dedicated gardeners, including children and young people.

Dobbies is looking to reward young gardeners from across the UK for their creativity and commitment to making the UK a brighter place through their gardens and is encouraging the public to get involved and nominate the talented children and young people in their lives. Whether it’s a family member, friend, neighbour or even themselves, the competition is open to amateur gardeners across the country, with categories exclusively dedicated to discovering the best young gardeners among us.

Categories open to young gardeners include Best Young Gardener, for under-16s who have put pride and passion into caring for their family garden, and Best Little Seedling, for those aged 10 and under who are showing a blossoming talent for all things green-fingered. There’s also a host of other categories open to older or more experienced gardeners too, so that the whole family can get involved.

The awards will be judged by gardener, journalist and Dobbies’ podcast host Louise Midgely, and Dobbies’ Horticultural Director, Marcus Eyles. Entries can be submitted via the Dobbies’ website, with winners being awarded £250 to spend in their local Dobbies store, plus a one-to-one gardening consultation with the judges to advise them on how to learn new skills to take their gardening to the next level in 2021 and beyond.

According to research conducted by the Horticultural Trades Association, three million people took up gardening in 2020, and Dobbies wants to recognise and celebrate these new gardeners, while highlighting the many benefits that gardening can offer.

Marcus Eyles, Horticulture Director at Dobbies, said: “Gardening has proven benefits for our health and wellbeing and at Dobbies, we’re delighted to see so many more young people and children getting involved with gardening over the past year.

“These awards will allow us to celebrate those who love gardening and those who show promise as potential gardening superstars of the future. We look forward to seeing all of the wonderful gardens from young entrants across the UK.”

To enter or make a nomination, visit the Dobbies’ website and complete a simple form. All nominations will be reviewed by the judges, with prizes being awarded for the winners in each category during a virtual awards ceremony in the summer. Nominations for both the Best Young Gardener and Best Little Seedling categories can be made by a parent or guardian.