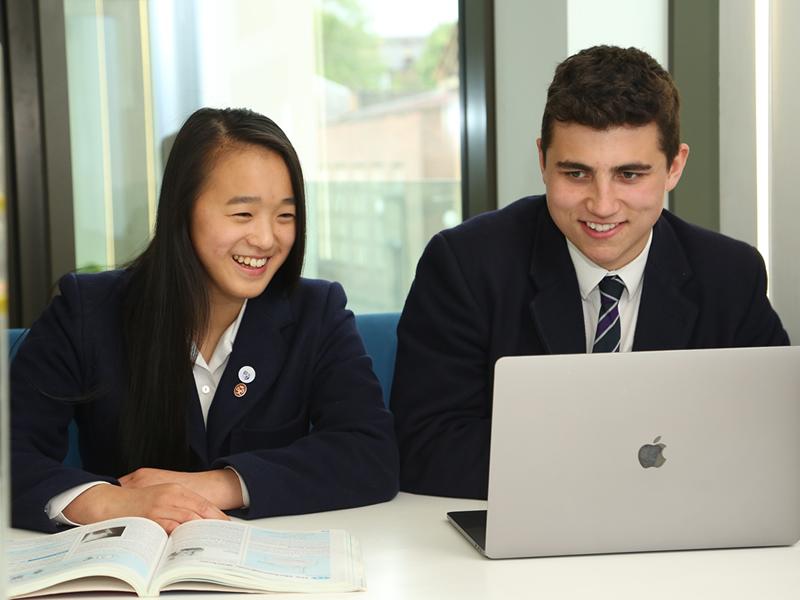 Created by some of Scotland’s leading educators and available for free to all Scottish pupils, ‘thinkfour’ is a video streaming platform that distils complex ideas from a range of SQA Higher subjects and unpacks them in four-minute video tutorials.

It has been created specifically for those aged 14-17 years old, who are currently facing unprecedented challenges to their education and launches ahead of the upcoming assessment periods in April and May. The social enterprise start-up was founded to make learning and revision easier for young people at home, while empowering parents and carers to support them.

thinkfour has been built around the science of effective online learning and will launch with more than 80 videos already available, covering topics ranging from intermolecular forces in Chemistry to constructing essays in English. New content will be added regularly as the platform evolves in response to the changing needs of those using it.

The concept was developed by experienced school leaders and teachers at one of the country’s top performing schools, The Glasgow Academy, and was guided by pupils who shared their own experiences with online study tools. It is a collaboration between expert teachers and a Glasgow-based award-winning digital agency.

thinkfour strategist, Matthew Pearce, said: “There is an immediate need to help young people in Scotland achieve the results they deserve. thinkfour gives pupils the keys to unlock their learning and re-frame their thinking when they face those challenging moments in their revision.

“The use of technology and online tools are now ingrained habits for the vast majority of young people, and thinkfour is designed to reach pupils in a setting which they are familiar and comfortable with. We’ve used the science behind digital learning to create a free learning space and we believe the platform will make a real difference to young people up and down the country.

“It has also been structured in a way that supports parents and carers too, giving them the knowledge they need to help guide learning and revision at home.”

Anna Doody, programme manager at Digital School Awards, said: “The education sector has had to pivot quickly and embrace technology as a powerful tool to educate young people. thinkfour is a perfect example of the kind of forward-thinking approach which is required to best engage young people in their education, while combining style and functionality to make sure it remains fun and user-friendly.

“Digital Schools Awards aims to support schools and educators in the fast-developing world of digital-technologies, and we welcome the thinkfour initiative as it uses digital innovations to the advantage of students, while offering them greater choice in how they learn.”

thinkfour is being made available to all pupils in Scotland for free from today. It can be accessed by visiting www.thinkfour.org.uk