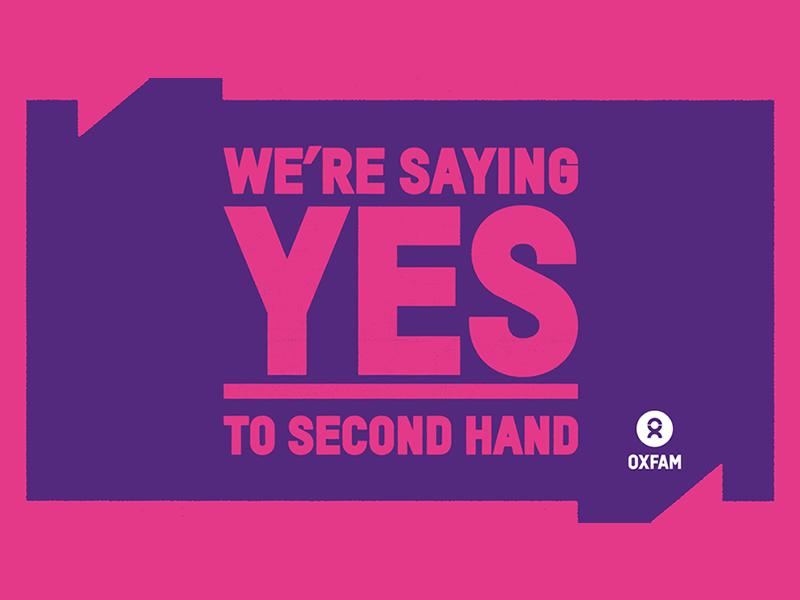 Oxfam’s Second Hand September campaign comes ahead of the UN climate summit COP26, which will be held in Glasgow in November, and is a vital opportunity for global leaders to take decisive action to tackle the climate emergency.

Consumers send 13 million items of clothing a week to landfill, and the textile industry accounts for around 10 percent of the world’s greenhouse gas emissions – that’s more than international aviation and shipping combined.

To help reduce emissions, Oxfam is asking consumers across Scotland to only buy second-hand clothes for the month of September and to donate their pre-loved items. Shoppers are being urged to raise awareness of the benefits of shopping second-hand by sharing their one-of-a-kind finds pledge using #SecondHandSeptember and tagging Oxfam on social media.

Tom Richardson, Oxfam’s Retail Operations Manager, said: “We’ve all seen the warnings from scientists over the summer about how climate change is a clear and present danger to all of our lives and futures. Governments must act to slash emissions quickly, but Oxfam’s Second Hand September campaign gives people across Scotland a chance to reflect on their own buying habits and make second-hand their first choice.

“By buying and donating second-hand clothes with Oxfam, you’re giving clothes a longer life, slowing down fast fashion, and helping to protect our planet. And by shopping with Oxfam, you’re reinvesting your money into vital work beating poverty worldwide – supporting people to speak out and stand up to the climate crisis, creating a fairer and greener future for everyone.”

Around the world, Oxfam is helping people cope with severe weather events, as well as plan for the consequences of future climate change.

Ahead of COP26, Oxfam is also demanding urgent and decisive climate action from world leaders to urgently reduce global emissions and significantly increase finance to help communities worldwide to survive and thrive despite the climate crisis.

Scottish ethical stylist Alice Cruickshank said: “Embracing a more sustainable wardrobe can feel daunting and confusing, which is why I’m such a big advocate of shopping second-hand. Not only is this an affordable option to update your wardrobe consciously, but buying clothes in this way is so wonderful for discovering what style means to you and avoiding ‘fast fashion’ trends. To me, shopping second-hand is a joyful experience.”

Oxfam Scotland says that across the UK, 14,000 tonnes of clothing each year (over 47 million items) are diverted from landfill through being donated to Oxfam. Second Hand September encourages consumers to reduce, reuse, recycle and reinvest to create a greener, fairer future for everyone.

Every garment sold raises money to fight poverty around the world: one dress could raise enough money to buy drought/flood-resistant seeds for a family to keep growing food despite a changing climate.

Oxfam has 41 high street shops across Scotland, complemented by the Oxfam Online Shop, a virtual treasure trove of tens of thousands of second-hand items.

People can also support Second Hand September by shopping on the Oxfam Online Shop or by volunteering in one of Oxfam’s shops.