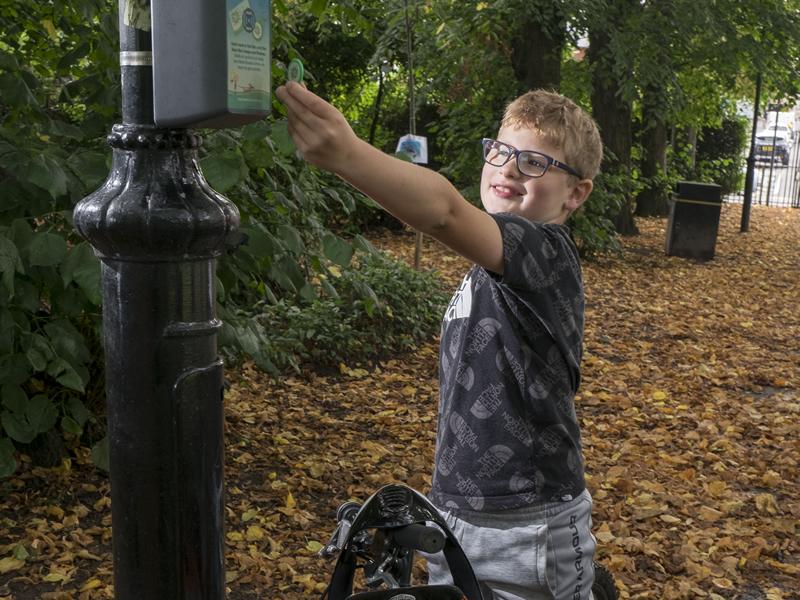 The game got underway last Wednesday and got off to an official start with a jam-packed launch event at Overtoun Park on Saturday.

The event included the chance for participants to get their bikes ready for Beat the Street thanks to a service from Camglen Bike Town, plus there was the chance to sign up for local community groups and enjoy bonus points.

So far, more than 7,100 participants have signed up and have together walked, cycled, run, scooted and wheeled nearly 33,000 miles across the game area.

This week is Go Explore and aims to get local residents to see the historic and cultural sites around the area. There are bonus points on Thursday, 23rd September from 12pm to 6pm if you can find the game’s engagement coordinator by following the clues on social media. Start at the Miners' Monument at 12pm and find all six to score bonus points.

Teams are in with a chance of winning vouchers for books or sports equipment simply by walking, cycling or wheeling as far as possible between the Beat Boxes which are spaced approximately half a mile apart – hovering their fobs or cards over the Beat Boxes to score points.

The further players travel, the more points they score for their community or school team. The first Beat Box you hover your card over marks the start of your journey; walk, cycle or wheel to the next one within an hour and you score 10 points. Then keep going!

Councillor John Ross, the Leader of South Lanarkshire Council said: “It’s lovely to see people playing the game across Cambuslang and Rutherglen and to see friends and families out exploring the local area together.

“Even if you’ve lived in an area for a long time, you tend to stick to the same places and tried and tested routes, so the Go Explore themed week with bonus points on offer on some Beat Boxes, is a wonderful opportunity to find new places that you might not have known about.”