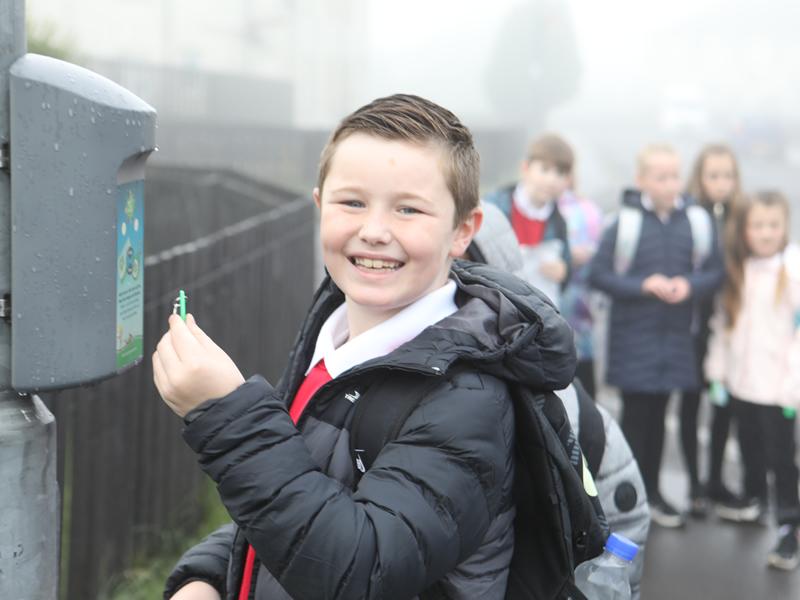 This week is ‘Go Travel’ week where people are encouraged to think about walking or cycling to work or school rather than taking the car.

Participants in Beat the Street North Lanarkshire game have already racked up nearly 40,000 miles and more than 11,500 people have signed up to take part. The free game encourages people to make small lifestyle changes and to incorporate more physical activity into their daily lives. The aim is to help people explore their local areas and to get outdoors into green space safely, to ditch the car and to walk, scoot, wheel, cycle or run instead.

There’s still time to get involved in the game, and organisers are particularly keen to hear from local workplace and community teams. Collect a card and map from one of the distribution points listed on the www.beatthestreet.me/northlanarkshire website, join a team and start playing!

There are total and average points leaderboards for schools, community teams and charities with vouchers for the teams that travel the furthest. Players can also help St Andrew’s Hospice to get a £500 donation simply by walking, cycling and rolling as far as possible.

Craig Bridges, Active Travel Coordinator at Getting Better Together Project at Shotts Healthy Living Centre, said: “Shotts is loving having Beat the Street in town! It has been great to see more kids walking to school and cycling around the town to the different Beat Boxes. There's always an excitement when you get to the next Beat Box and scan your card. We are an organisation who do work to promote positive attitudes towards sustainable transport choices and Beat the Street has been a great resource for engaging with the community and helping change behaviours.”

Taking place until 27th October, Beat the Street is transforming the towns of Motherwell, Wishaw, Bellshill and Shotts into a real-life game with players tapping 43 special sensors called Beat Boxes dotted across the town.

Councillor Jim Logue, Leader of North Lanarkshire Council, said: “We are really enjoying seeing people getting out and playing the game. It’s great to see people of all ages making the most of the game while it’s here to help incorporate an hour of physical activity into their daily routines.”

To find out more about the Beat the Street game, including where to collect a card, visit www.beatthestreet.me/northlanarkshire or social media @BTSNorthLan