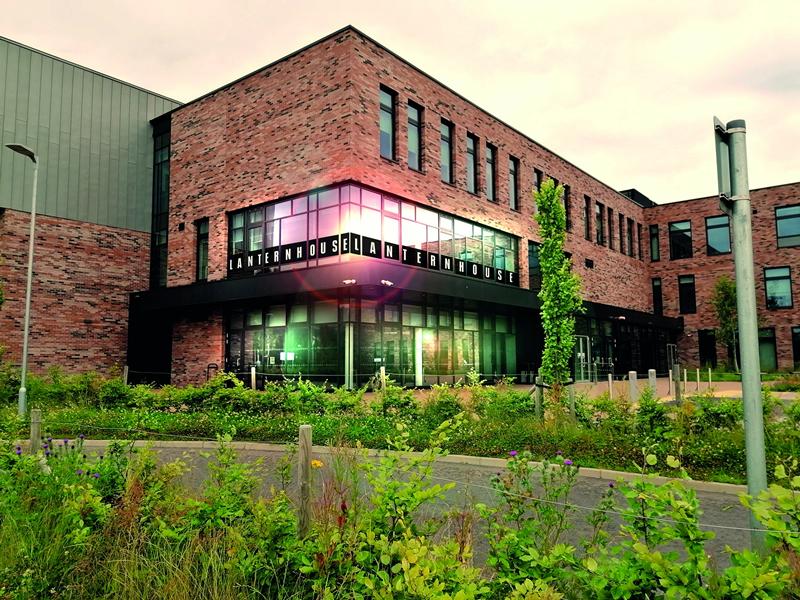 The Autumn/Winter season runs from late August to February 2023 and is packed with leading theatre, music and comedy to suit all ages and tastes. The programme includes works from Cumbernauld Theatre Trust’s autumn and winter in-house productions, visiting companies, new partnerships and cinema screenings.

Bold Girls by Scottish playwright Rona Munro and directed by Michael Duke, is a celebration of women’s strength under siege, set in Belfast during the Troubles in Northern Ireland. The play was first performed by 7:84 Scottish People’s Theatre at Cumbernauld Theatre in 1990 and on tour.

The theatre’s main stage winter production in December is Treasure Island, in partnership with Visible Fictions. Written by award-winning writer, Ross MacKay, the family show is inspired by the classic tale by Robert Louis Stevenson, telling the story of local lad on a global adventure and featuring live music. For children aged 5 and under, Life of the Party by Sally Charlton and Althea Young is a show about party objects coming to life during the festive season.

Productions from visiting companies for the autumn/winter season include Enough of Him from the National Theatre of Scotland, 549: Scots of the Spanish Civil War from Wonder Fools Theatre Company, Time’s Plague with David Hayman returning, The Time Machine: A Radical Feminist Retelling with a reimagined H.G. Wells’ science fiction classic, Downs With Love from Cutting Edge Theatre, and Ferguson and Barton by Shotput dance company, loosely inspired by Hitchcock’s Vertigo.

Families with young children can enjoy Toucan Theatre’s The Naughty Fox set in a magical forest, and I Spy With My Little Eye based on the brand new picture book by Steven Lee.

This season sees the launch of a classical music programme in partnership with Dunedin Consort, as artists in residence at Lanternhouse. This unique residency programme offers a series of relaxed concerts, open rehearsals, cinema concert screenings and specially devised events for children and families. This includes a bespoke programme of instrumental workshops and classes for local schools to inspire and encourage an interest in classical music. The residency opens with a filmed concert entitled Nature’s Voice, featuring soprano Rowan Pierce, with Professor John Butt.

Another highlight is gig-theatre show Lost in Music, written about and for teenagers, featuring original songs inspired by the Greek myth of Orpheus and Eurydice. The creators from Magnetic North invite local musicians aged 16-25 to be part of the show.

Cumbernauld Theatre Trust’s Take Part programme runs throughout autumn, with classes in drama, dance, sensory arts, crafting and circus performance for members of the community of all ages and abilities. The programme also introduces a brand-new open mic night In Verse, open to all budding poets and storytellers.

Alongside live events and community classes, the new Lanternhouse Cinema is regularly screening the latest blockbusters with a toddler-friendly showing each week. There is a wide array of events screening at the cinema, including the introduction of live theatre performances from London’s National Theatre and the Royal Opera House.

Chief Executive Sarah Price said today: “We are so excited to be going into our second Autumn season in the new Lanternhouse Arts centre and have continued to build the mix of live music, theatre, dance and comedy on offer. We are investing in producing new work for theatre with a re-staged Bold Girls production and re-imagined adaptation of Treasure Island; we are working with a range of the best theatre and music talent in Scotland, and we are creating opportunities for diverse audiences to enjoy the experience of live performance. We’ve loved seeing familiar and new faces alike come through these doors and the feedback and support coming from audiences who are responding so positively after their visits has been heart-warming.”

Located in the heart of Cumbernauld, on the Cumbernauld Academy campus, this state-of-the-art venue houses two performance spaces - a 270-seat auditorium and Studio Theatre, a dance studio, an 84-seat cinema and the new North Lanarkshire Council-run café.

Tickets for the full programme of live performance and creative learning activities are on sale now at www.lanternhousearts.org and by Box Office telephone bookings on 01236 732887. You can also download a brochure from the website.