Connect and collect from 12 libraries across South Lanarkshire

Library users can now order books in advance and then collect them from one of 12 locations across South Lanarkshire. 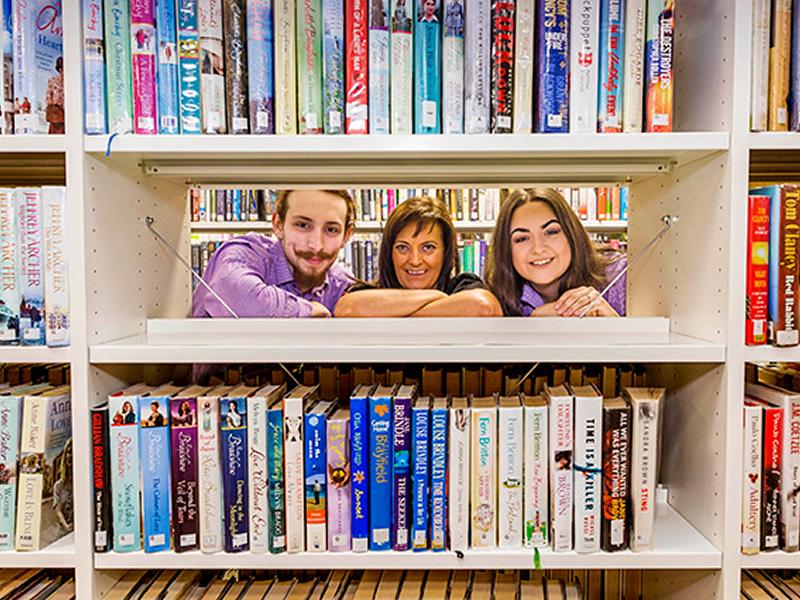 The new Connect and Collect service launches today and allows users to call or email to arrange for a collection of up to 12 books, tailored to the individual’s personal reading tastes and selected by knowledgeable library staff.

A suitable collection time to can uplift the books will be arranged, meaning there is minimal time spent inside the library and also minimal contact to help keep people safe.

General Manager of South Lanarkshire Leisure and Culture (SLLC), David Booth, said: “We hope that as many people as possible will take advantage of this new service.

“Don’t worry if you don’t have a library card or it’s been some time since you used the service - you can join online or staff can set you up over the phone.

“You can check the online catalogue for your favourite authors of follow SLLC’s social media for book reviews and their digital activity programme.”

The launch of the new service also coincides with the start of Book Week Scotland, which begins today and lasts until Sunday, 22 November.

A full programme of events is available from the Scottish Book Trust, and look out for some extra surprises on SLLC’s social media channels for children’s events, and more details on everything else.

Children’s authors Alan Windram and Stuart Reid always delight with their fantastic performances for children and are sure to make you laugh out loud.

Please note that the photo used at the top of this story was taken before any physical distancing guidelines were introduced.

The hysterical sequel to the smash-hit show Menopause The Musical, is coming to Motherwell Concert Hall for one night only on Sunday 5th June 2022!