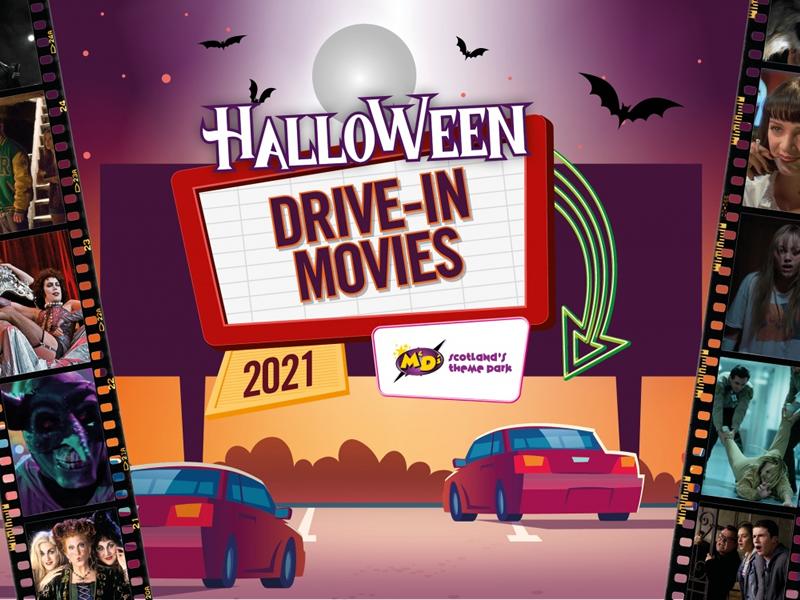 About M&Ds Halloween Drive In Movies

M&D’s popular Halloween Drive-In Movies is back for another year with an exciting range of horror movies!

The original and best Drive-In Movies will screen eight movies throughout the Halloween weekend from 29th to 31st October.

HOCUS POCUS (PG) - FRI 29TH OCTOBER 6PM
1993 1hr 36mins
A curious youngster moves to Salem, where he struggles to fit in before awakening a trio of diabolical witches that were executed in the 17th century.
Starring: Bette Midler, Sarah Jessica Parker, Kathy Najimy

THE CABIN IN THE WOODS (15) - FRI 29TH OCTOBER MIDNIGHT
2011 1HR 45MINS
Five friends go for a break at a remote cabin, where they get more than they bargained for, discovering the truth behind the cabin in the woods.

THE ROCKY HORROR PICTURE SHOW (12A) - SAT 30TH OCTOBER 9PM
1975 101MINS
A newly-engaged couple have a breakdown in an isolated area and must seek shelter at the bizarre residence of Dr. Frank-n-Furter.
Starring: Tim Curry, Susan Sarandon, Barry Bostwick

THE INVISIBLE MAN (18) - SAT 30TH OCTOBER MIDNIGHT
2020 2HR 4MINS
When Cecilia’s abusive ex takes his own life and leaves her his fortune, she suspects his death was a hoax. As a series of coincidences turn lethal, Cecilia works to prove that she is being hunted by someone nobody can see.
Starring: Elisabeth Moss, Oliver Jackson-Cohen, Harriet Dyer

THE FIRST PURGE (15) - SUN 31ST OCTOBER 6PM
2018 1HR 52MINS
America’s third political party, the New Founding Fathers of America, comes to power and conducts an experiment: no laws for 12 hours on Staten Island. No one has to stay on the island, but $5,000 is given to anyone who does.
Starring: Y’Ian Noel, Lex Scott Davis, Jovian Wade

Santa Claus has been kidnapped by an evil witch who is trying to ruin Christmas, with the help of a fairy and clown, can you help save Santa and Christmas by finding his outfit, reindeer and more!
Read more

Enjoy the perfect festive day out at M&D's... skate day and night with family and friends at Scotland’s most magical ice rink!
Read more

Kids Party In The Park

After the massive success of Kids Party In The Park 2019, Disco Domes are back at Strathclyde Park on Friday 29th April 2022 for another amazing kids festival!
Read more 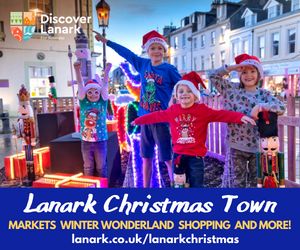