Biggar Puppet Theatre is a Victorian style puppet theatre and the home of International Purves Puppets! 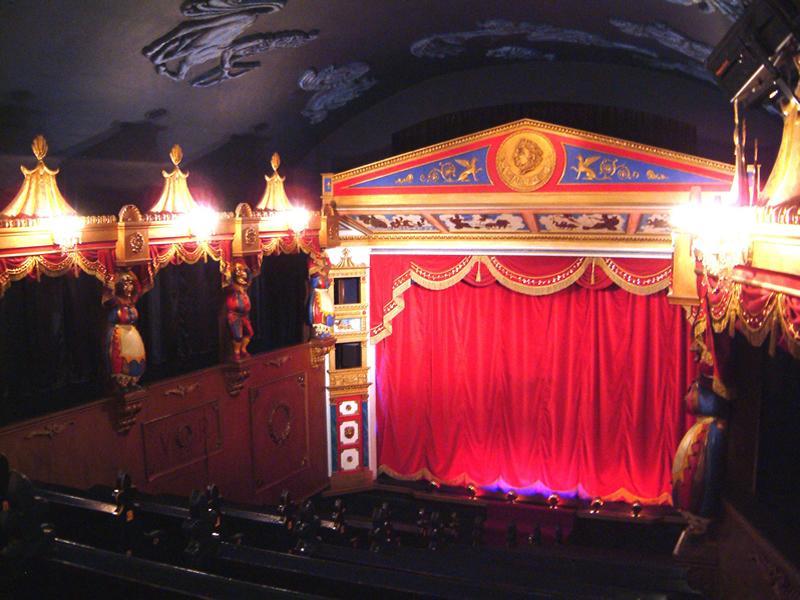 The International Purves Puppets have now been firmly established as a leading professional company for 40 years, in which time they have toured the world, while also performing in their own award winning permanent theatre - the first and only fully working puppet theatre of its kind in Scotland.

The company are household names throughout the UK having been welcomed in towns and cities up and down the country - as well as making numerous TV appearances, but even more impressive is the number of countries they have been invited to perform in: France, Italy, Spain, Poland, Germany, Hong Kong, Taiwan, Jordan, Syria and Singapore.

Their performances are given by large scale puppets (designed specifically for full-size theatres) and manipulated in Bunraku style by professional puppeteers. Most productions are performed in 'Black Light', where both the puppets and scenery glow like magic, while the operators seem to disappear among a kaleidoscope of fluorescent colours.

They have now played to nearly three generations. Children that they originally performed to are now grown up and return with their own children. In this way, our magic has become so much a part of people's happy childhood memories. The name 'Purves Puppets' is established as "The Scots word for puppetry".

All information (whether in text or photographs) is supplied in good faith but should not be relied upon as being a statement of representation or fact. We take every opportunity to ensure the details for Biggar Puppet Theatre are accurate, please contact us at hello[@]whatsonnetwork.co.uk if any of the above information is incorrect.

More Days Out in Lanarkshire

Adventure Planet is an indoor play centre based in Cumbernauld just off the M80. The centre caters for children from babies to kids up to age 14 and has different zones to challenge each age-group!
Read more

Thousands of visitors each year enjoy the huge range of activities available at Strathclyde Country Park from sailing to sunbathing, birdwatching to cycling, water ski-ing to watching the world go by!
Read more

Chatelherault Country Park, a five star visitor attraction under the Visit Scotland grading scheme, has been described as a jewel in the local landscape.
Read more

Hamilton Park Racecourse is an award-winning horse racing destination, with a first class season of fixtures and so much more. The venue also hosts a number of themed events through the year!
Read more

All Days Out listings in Lanarkshire