Time to face your demons...

Scotland's number one scare-fest, Outbreak, is creeping its way back to M&D's Scotland's Theme Park with a hell-raising new twist as they invite you to enter the Gateway To Hell! 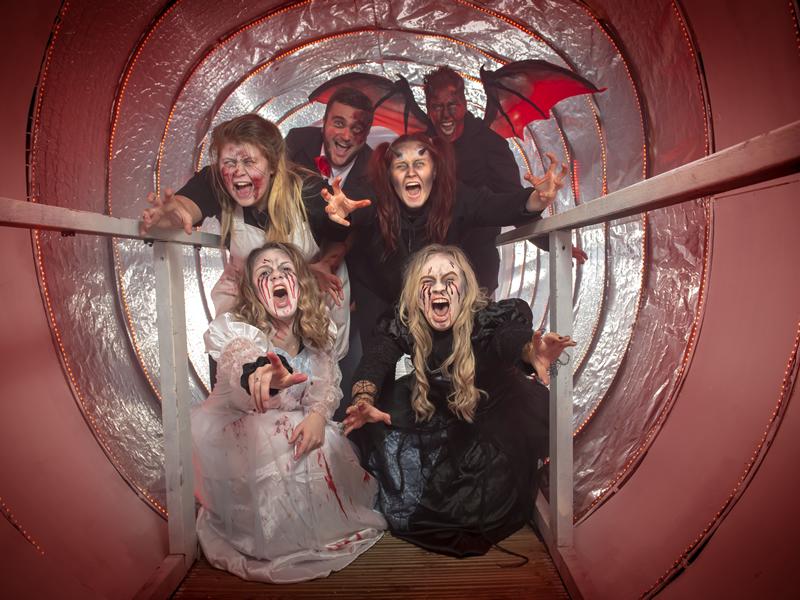 Returning for 2019, this completely immersive, live action horror experience will explore the terrifying tale of The Haunting of Hamilton Manor and the spook-tacular fate of its ghoulish inhabitants.

Gateway To Hell will run every Thursday, Friday, Saturday and Sunday evening from Thursday 26th September throughout the Halloween season until Saturday 2nd November.

Also returning is the bone-chilling Darktober, which will allow polter-guests and scream queens the chance to take a ride on even more of the park’s rides in the dark between 6pm and 10pm as part of the Gateway To Hell experience.

Matthew Taylor, managing director of M&D’s, said: “For the past five years Outbreak at M&D’s has delivered a horrifically thrilling interactive horror experience which has evolved each year. Last year’s theme focused on the scary narrative that explores what would happen if you were trapped in your own nightmares, unable to wake up. This year we’ve decided to raise hell a little bit as we also like to push the boundaries when it comes to Outbreak each year.

“We are confident that Gateway To Hell is set to be the most frightening and innovative yet in the Outbreak series and we are extremely proud of the experience we have produced for our customers this year.

“We would like to invite anyone daring enough to find out just what they are afraid of at Gateway To Hell this October!”

The Gateway To Hell experience will run on Thursdays* and Sundays between 7pm and 10pm and Fridays and Saturdays from 7pm to 11pm from 26th September to 2nd November.

Brave individuals under the age of 15 can be admitted when accompanied by a responsible adult. Last entry is 30 minutes before closing time.

Darktober is available on the same nights as Gateway To Hell between 6pm and 10pm.

Fantastic online packages available at www.scotlandsthemepark.com with Gateway To Hell from £10.50 per person, Darktober can be added for just an additional £9 per person or purchased on its own for only £11.50.

If you dare, secure your ticket for Gateway to Hell and Darktober for the fright of your life at www.scotlandsthemepark.com or call 01698 333777.

* With the exception of the final weekend when Outbreak will be open from 7pm to 11pm Thursday 31 October, Friday 1 November and Saturday 2 November.