An initiative to encourage cleaner air, more active travel and healthier lifestyles in East Kilbride was a resounding success according to a new report! 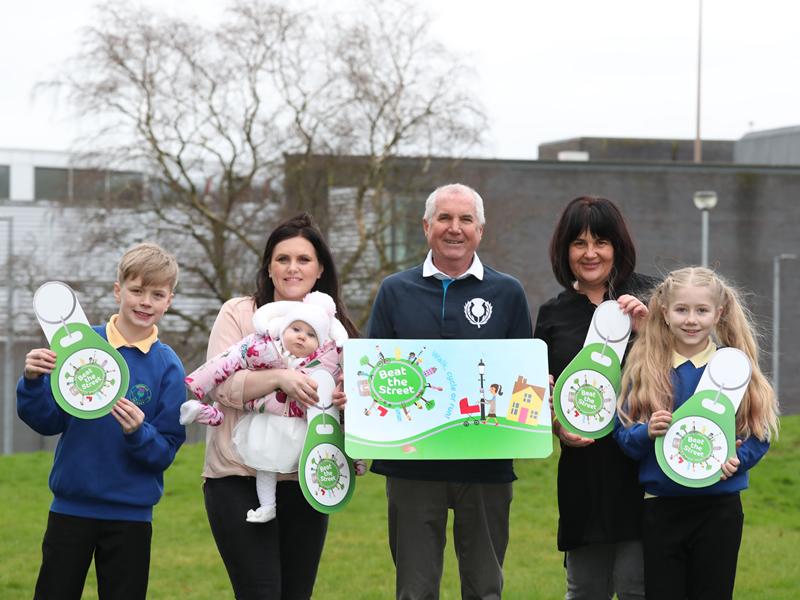 The Beat the Street game took place in East Kilbride saw more than 12,000 people walking, running, rolling, scooting and cycling more than 124,000 miles during February and March despite having to be cut shorter than its scheduled six weeks due to the outbreak of Coronavirus.

Participants scored points for their school or workplace teams by walking, cycling and running between special sensors called Beat Boxes that had been placed on lampposts around the town.

Now a report produced by Intelligent Health, the company that delivers Beat the Street across the UK, has shown that players became more physically active as a result of taking part, helping to improve their health.

Prior to the game, steering group meetings were held with relevant local people to draw on their knowledge of air quality, cycling, volunteering, health, education, leisure and culture, the community and nature.

The steering groups shaped the programme to be relevant to East Kilbride as well as contributing towards the development of in-game events, choosing local centres to support and helping to raise awareness of Beat the Street across the town.

A total of 12,066 adults and children - 17% of the population - took part in Beat the Street, including 26 community teams, workplaces and sports clubs. Prior to the game, 21% of adults reported themselves as being inactive (that is, did no physical activity a week or on one day) and only 14% of young people met the Chief Medical Officer’s physical activity guidelines of 60 minutes or more of physical activity per day for children.

In addition, data collected during the game pointed towards a strong increase in active travel, with 26% of all taps recorded throughout the initiative being made during commuting hours, and with the Beat Boxes outside train stations proving the most popular.

Feedback from participants was extremely positive about the motivational aspects of the game.

One respondent wrote: “It helped me to get outside and it motivated me for the rest of the day.”

Another said: “It made me more motivated to go on walks to get more points - I noticed that I made more effort to walk places so I could get points, instead of just taking a bus or car.

“It helped me because it got me more exercise during quarantine, so I am getting fitter and fitter.”

The feedback also reported the positive impact the game had made on families spending time getting active together.

There were prizes for the teams that travelled the furthest, and a donation of £500 was made to Kilbryde Hospice when the mileage rose above 100,000 miles.

The Chair of South Lanarkshire Council’s Community and Enterprise Resources Committee, Councillor John Anderson, said: “Physical inactivity is the fourth leading cause of premature deaths in the UK. Building walking or cycling into daily routines such as active travel is an effective way to increase physical activity and the game has really motivated people to do that.”

A six-month follow-up survey will be sent out to Beat the Street players in August, which will look at long-term behaviour change.

The organisers of the Beat the Street game have also temporarily set up a campaign called Beat the Bug with a weekly newsletter encouraging people to continue to stay healthy and active during lockdown.