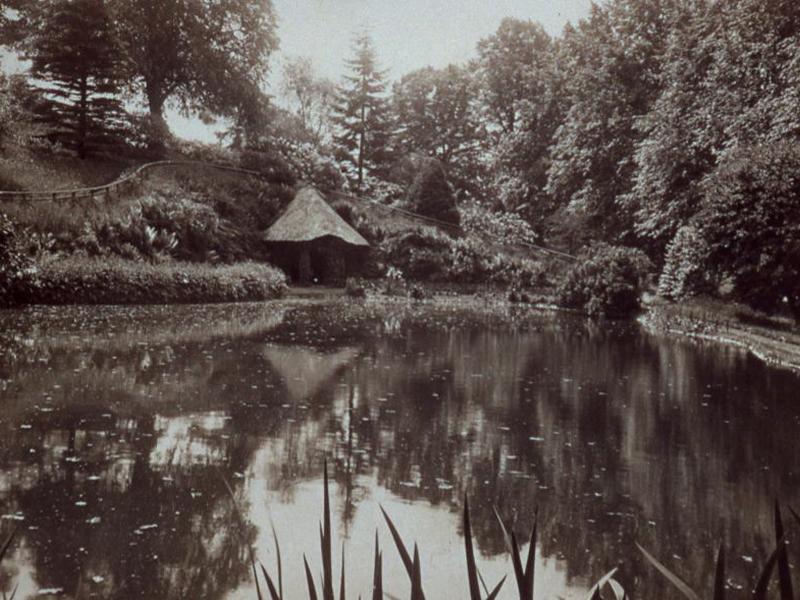 The stone grotto is located in the ‘Bog Garden’, once home to a small boating pond which was used for boating in the spring & summer, and for curling and ice skating in cold winters. The stone grotto was used to house the boats, curling stones and other outdoor equipment. As you can see in the photo, the grotto once had a thatched roof and a doorway to the storage cavity.

Thanks to the RBLCC funding, the historic stone grotto in the Bog Garden will be transformed by a beautiful painted mural on its rear brickwork wall. The Development Trust would like your help to come up with the mural’s design!
The mural design should reflect Castlebank Park’s rich history and heritage; this could include:

The mural design could also reflect Castlebank Park’s current flora, fauna and wildlife. The park is home to lots of animals including bats, foxes, badgers, owls, squirrels, hedgehogs and now – even honeybees at the Horticultural Centre! Why not visit the park to get some inspiration?

Visit lanarktrust.co.uk to download the entry form and to read the competition T&C's!