A community cycling hub, a bridge spanning Strathclyde Loch, a residential outdoor centre, plans to generate renewable energy, and a major attraction based around play are some of the ambitious plans. 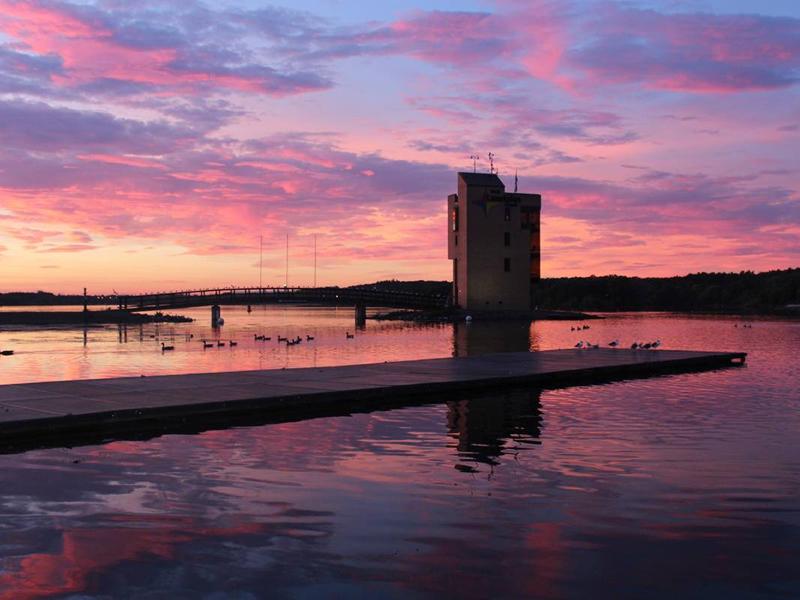 The 10-year Parks for the Future programme was approved by our Environment and Transportation Committee, paving the way for work to start on delivering improvements at Palacerigg and Strathclyde Country Parks.

The programme will create new opportunities for play, exercise and wildlife conservation offering benefits to residents through improved physical and mental health and wellbeing, opportunities for learning about local wildlife and heritage, and encouraging active travel.

It was developed after consultation with communities and partners in 2019.

At Strathclyde Country Park, the priority from the consultation is to make the park a major visitor attraction and a hub for health and wellbeing for the whole area, while at Palacerigg the focus is on outdoor play.

“Our ambition is to change the way we use our parks and greenspaces, from passive leisure use to active community hubs that increase the many benefits of these valuable community assets,” said Robert Steenson, Executive Director of Enterprise and Communities.

“The coronavirus pandemic has clearly demonstrated the importance of greenspace for health and wellbeing and as a significant preventative health resource.

“Our plans will put country parks at the heart of our communities, with improved active travel routes allowing more people to visit and make them attractive destinations for families, walkers and cyclists, sports enthusiasts, schools and community groups. Public parks are free for everyone to use, and we want provide something for everyone who visits.”

The council is also working in partnership with Greenspace Scotland on the Park Power project, investigating the potential for producing renewable electricity and heat from our parks, including solar panels and a water source heat pump at Strathclyde Country Park.

Strathclyde Country Park
The flagship proposals for the park are to create a lagoon area safe for paddling with a bridge crossing the loch, and a new outdoor centre with accommodation and events space.

A new gateway to the park will be created at Bellshill, where a bike pump track will be built. In addition, a heritage centre will be developed with trails around the park, alongside a focus on public art throughout the park as well as improvements to wildlife habitats and nature conservation.

The council plans to improve travel connections to the park from neighbouring communities, with less vehicle traffic and more opportunities for active travel with walking and cycling routes.

Planning permission will be sought in 2021 for the overall park masterplan, with access improvements planned for early 2021 and the first art trails in place by the end of 2021. The proposed cycling hub is planned for 2023.

Palacerigg Country Park, Cumbernauld
The masterplan builds on the park’s role as a community asset, focusing on play, outdoor activity and wildlife conservation.

In the next two years, the priority will be to improve the core visitor facilities, extending the path network around the park and providing additional car parking.

A new attraction will be created around play facilities for children of all ages, which will complement the existing play areas at the park. Work is expected to start in 2021/22.

To make better connections between Palacerigg and local communities, the town centre and the developing community growth areas, a new gateway will be created at Glencryan. This will include a new route into the park, with access for walking and cycling. This project is planned for year four (2023/24) of the five-year park masterplan delivery.

As well as these physical improvements, the council will be promoting opportunities for third sector and private organisations to become involved in the park operations. Discussions are ongoing with groups for the lease of the former visitor centre building and Palacerigg House, and with a community group interested in running an animal farm attraction.

Work has started on improvements to the path network and ongoing development of the badger trail. Action plans will be developed for nature conservation around Palacerigg and for environmental management of the golf course.

Drumpellier Country Park
Drumpellier is being developed as a gateway to the Seven Lochs Wetland Park, a new regional park spanning the Glasgow and North Lanarkshire boundaries between Easterhouse, Coatbridge and Stepps. Improvements are being finalised to the Visitors Centre with new interpretation on the wildlife and heritage of the park, and future plans are in place for access improvements and habitat enhancement focussed on peatlands.

Dobbies teams up with the RSPB for latest podcast episode

Dobbies has teamed up with the UK’s largest nature conservation charity, the RSPB, for its latest podcast episode - filled with advice on how to care and protect our garden wildlife.

Come together for the National Day of Reflection

Let's come together today to reflect on our collective loss, support those who've been bereaved, and hope for a brighter future.

Discover the edible plants you can grow on your doorstep, as brand new collection of edible roses lands in Dobbies stores across the UK.

One of Lanarkshire's most popular hotels is preparing an Easter-themed version of its iconic afternoon tea for couples and families to collect and enjoy at home for Easter weekend!

The popular Paisley Food and Drink Festival is taking a different shape for 2021 – with a tempting online programme across nine days this April!

Dobbies has announced a programme of exclusive virtual events this Spring, to help gardeners of all ages and abilities take their green spaces to the next level.

Following the tragic death of Sarah Everard, Clyde 1, Forth 1 and their sister stations are set to broadcast a special show: ‘Women’s Safety: What Can Men Do?’ to discuss this essential issue.

This May Bank Holiday weekend, itison, Scotland's pioneer of Drive In movie events are transforming Hopetoun House near Edinburgh for an epic weekend of Harry Potter and Batman Drive In movies! 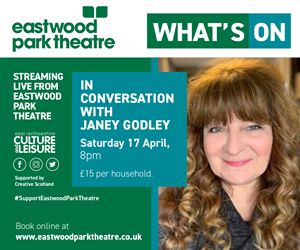 Del Amitri have announced their first full UK headline tour since the summer of 2018 which includes a night at The Town House Hamilton on 11th October!

The 'Castlebank Carrot Quest' Trail features 10 carrots (engraved on spoons!) which the Easter Bunny has lost in the park... can you find all 10?