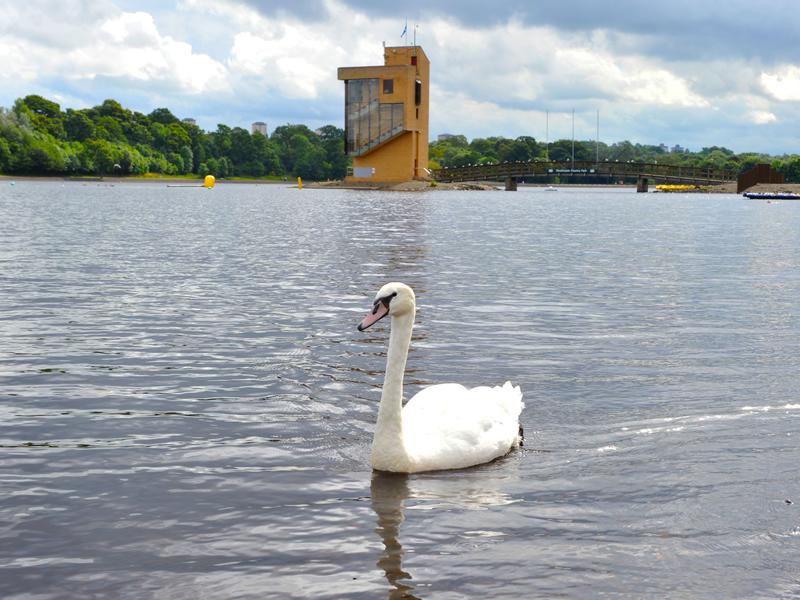 Materials from inside the screens will be used by artist Kate V Robertson to create a new piece of structural artwork.

We have commissioned O’Donnell Brown architects to build a new outdoor learning shelter for pupils and community groups visiting the park.

The shelter will be covered with a timber and mesh screen to protect visitors from the weather, and Kate will cover the roof and walls with large patchwork panels which will reflect and distort sunlight, similar to the way light reflects on the water of the loch.

“Our outdoor learning activities for school pupils and community groups at Strathclyde Park have been very popular, offering an opportunity to enjoy the environment on their doorstep and boosting health and wellbeing,” said Councillor Michael McPake, Convener of the Environment and Transportation Committee.

“The new shelter will be a welcome addition to our programme of activities. It will also become one of a number of art structures for park visitors to enjoy as, in the coming months, an art trail is developed as a new feature for Strathclyde Park, as part of the council’s long-term masterplan to improve and develop the facilities.”

Anyone who has a phone, tablet or laptop they would like to donate to the project, can hand them in at collection points which will be available, subject to local coronavirus restrictions, at the Watersports Centre at Strathclyde Park and participating local schools during January 2021. Alternatively contact kate@katevrobertson.com to arrange collection.

Please remove SIM or memory cards and wipe any data before donating. The collection points will comply with coronavirus restrictions.

The artists will remove the screens and recycle all the remaining parts via WEEE Scotland.