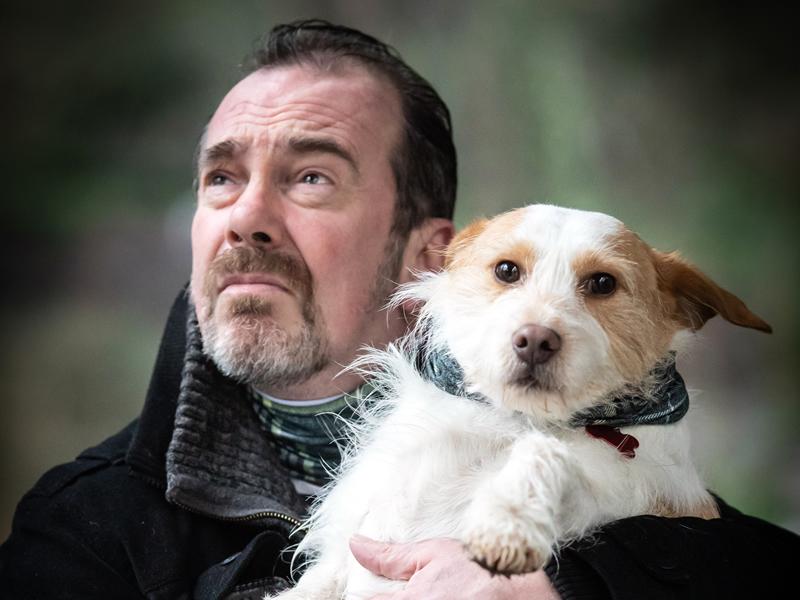 Scotland’s leading cancer charity is going global and inviting families around the world to celebrate the brilliance of Rabbie Burns with a special virtual event, The Bard & His Belles, on Friday 22nd January at 7.30pm.

Gavin Mitchell and his beloved dog Bob helped promote the fundraising event with a fun call to action to find Rabbie Burns lookalikes, so if you know someone who looks like The Bard, Beatson Cancer Charity want to hear from you. Post your pic on social media using the #BeatsonBard and tag Beatson Cancer Charity.

Bob the Dog and I are looking forward to a special night of verse, music, fun and frolics while sharing our haggis, neeps and tatties... and a wee dram for Bob! Much love and hugs in thought to all our dear friends and staff at the Beatson!”

The Bard & his Belles fundraiser is hosted by broadcaster Alison Walker, with special guests; Scottish comedian, actress and writer, Karen Dunbar; TV presenter Hazel Irvine and Eric Davidson, recognised as one of Scotland’s after-dinner finest speakers. The night will be filled with Burns’ poems and songs and tributes made to the great Bard to honour his birthday. Entertainment will be provided from the famous pipe and Celtic rock band, the Red Hot Chilli Pipers. There will also be an interactive fun quiz hosted by lockdown quiz master Andy Dunlop of ‘The Stayin’in Inn’ who shall test your knowledge of Rabbie and Scotland.

There’s also the opportunity to see friends and family from around the world as we come together to celebrate Scotland’s national poet, fundraise for Beatson Cancer Charity and win some incredible prizes based on a theme ‘All about Scotland’. This online silent auction will celebrate items synonymous with Scotland from unique staycations, whiskies from around the country, paintings from renowned Scottish artists and exclusive prizes including:

It only costs £30 per household and represents great value for a quality night in and can be purchased online at www.beatsoncancercharity.org