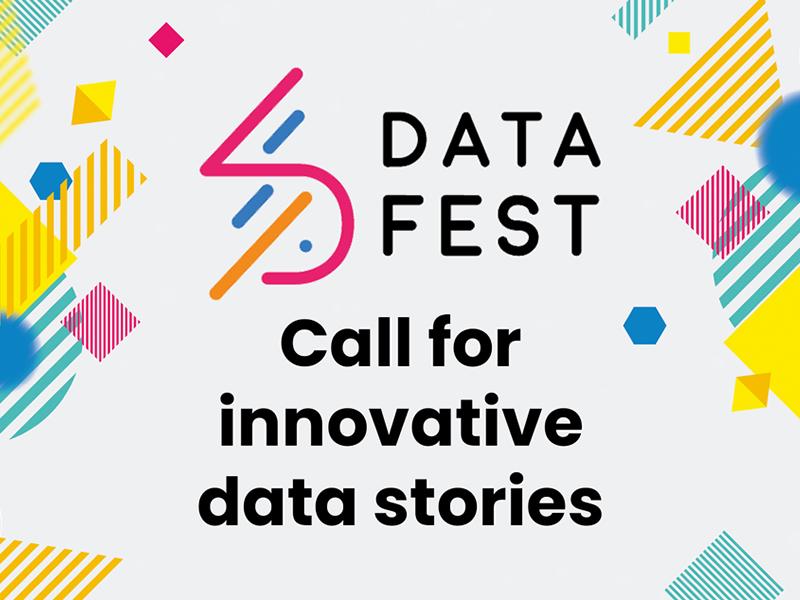 The Data Lab, Scotland’s innovation centre for data and AI, is calling on organisations contributing towards Scotland’s reputation of being at the cutting edge of innovative technology to share their successes to mark Datafest21.

Now in its fifth year, the UK’s biggest data and artificial intelligence festival will explore the theme ‘#OurData’, underlining how important our data is to the growth of the economy, social progress and knowledge base, whilst encouraging debate on ethics and deepening understanding on data ownership.

To mark this year’s series of virtual events, Datafest21 is looking to support and recognise Scottish organisations by sharing stories that represent the innovation, diversity and ambition of Scotland’s data expertise and the role #OurData plays in that innovation.

The Data Lab’s panel of experts will select three inspiring stories and transform them into short films which will be debuted at DataTalks – a new element of the DataFest event due to launch in spring, created to showcase Scotland’s innovative spirit and support the organisations leading the way. It will also highlight the variety of career opportunities data science offers to an audience of passionate, like-minded people working in and around the data science field, both locally and internationally.

The Data Lab is encouraging businesses of all sizes, and from a variety of backgrounds, to get involved. Organisations looking to submit their inspirational stories can fill in the application form via DataFest’s website, with entries for the renowned festival set to close on Friday 22 January.

Gillian Docherty, CEO of The Data Lab, said: “As a crucial platform to showcase Scotland as the global leader in data innovation, we have been working hard for the past ten months to ensure DataFest21 can carry on as a series of virtual events throughout the year. We are committed to providing an engaging and fascinating platform, bringing together individuals from industry, academia, and the public sector to share their knowledge, collaborate, and innovate.

“We believe #OurData can contribute towards the greater good, to inspire and encourage collaboration across networks. This year, we want to celebrate the very best of Scottish innovation, from all walks of life, and we are really looking forward to reviewing the array of inspiring applications for this fantastic opportunity to be part of DataFest21.”

For more information and to submit your data innovation story, visit: https://datafest.global/