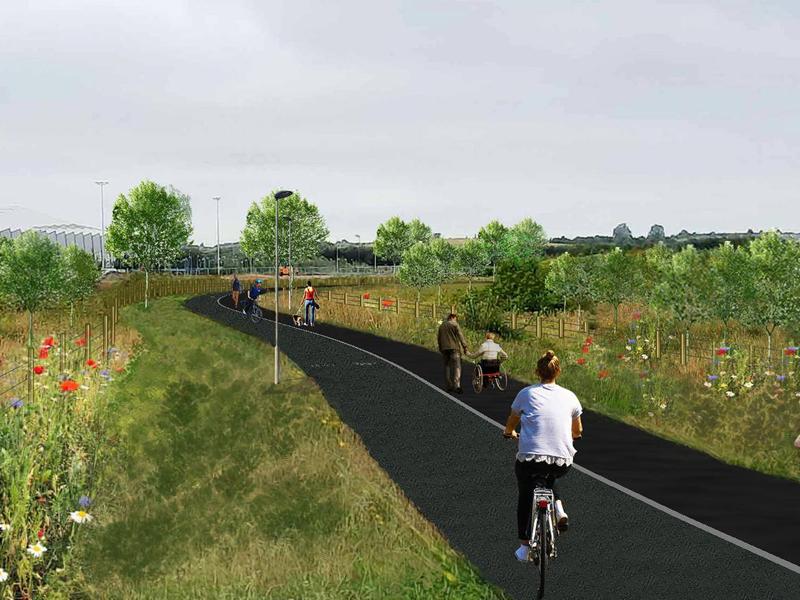 The council is working with Sustrans and Ravenscraig Limited to improve connections between Ravenscraig and neighbouring communities and to expand the active travel network.

An online consultation, including a short survey, will run from Monday 8 February for two weeks.

The two key elements of the project are:

It’s proposed the paths will have lighting, seating, landscaping with wildflower areas and woodland planting, play features along the route, fencing and CCTV where possible.

“As the Ravenscraig site develops with new housing, business, retail, schools and leisure, we want the area to be accessible for everyone for walking, cycling and wheeling,” said Jonathan Speed, Senior Project Manager at North Lanarkshire Council.

“These active travel routes will provide direct, off-road links from the south to the facilities within Ravenscraig, as well as connecting to a wider network of paths to Motherwell, Wishaw and Carfin.

“The project is an important part of the Ravenscraig masterplan, and we would like to hear from as many people as possible during our consultation to ensure the proposals meet the need of residents.”

Nick Davies, director of Ravenscraig Ltd, said: “Ravenscraig is already a thriving community and these proposed cycling and walking routes are the next step in making it an even better place to work, live and play.

“Active travel has proven benefits, and improving connections between Ravenscraig and neighbouring communities will underpin the continued success of the site as we deliver on the masterplan.”

The project is being funded by Transport Scotland and Sustrans, through their ‘Places for Everyone’ programme.

Michael Melton, Interim Infrastructure Manager for Sustrans Scotland said, “We are pleased that walking, wheeling and cycling are set to be a key part of developments within Ravenscraig. We hope the local community will come together with their ideas and feedback on the designs for new spaces for exercise, essential journeys and leisure.”

Feedback from the consultation will inform the final plans for the project, then the council will apply for planning permission. Subject to the necessary approvals and securing funding, it is anticipated work to construct the first of the two active travel routes would start later this year.