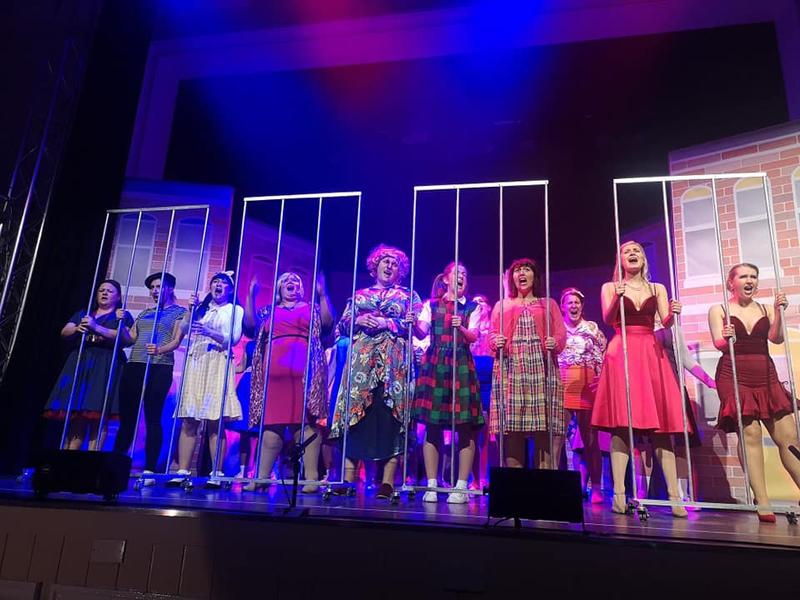 In March 2020, the club were just about to perform an almost sell-out run of HAIRPSRAY in Lanark Memorial Hall, when at the Dress Rehearsal evening, the first lockdown was announced and the show was cancelled.

Due the ongoing restrictions, an autumn 2020 postponement of the show was also cancelled and now it's uncertain as to when the club will be able to resume rehearsals and perform another production.

The club are determined to keep spirits high for their members, and have been very busy over the last 12 months creating a variety of group and solo musical videos which can be enjoyed by the public on the LAMS Facebook page.

The members also kept in touch and kept their brains working with regular themed quiz nights, sporting many fantastic costumes along the way!

Although a charity themselves, the club was keen to host activities which supported other charities in need. At Christmas, the club ran a fundraising Secret Santa for members, which in turn raised £140 for Alzheimer Scotland - the charity which had been chosen as HAIRSPRAY's charity partner.

At the start of 2021, many club members took part in a local #BakeOff Fundraiser which raised £400 for The Brain Tumour Charity.

Later this month, club members are participating in a Macmillan WHODUNNIT? virtual Murder Mystery evening which will raise £80 for Macmillan Cancer Support.

Now, the club are looking to raise vital funds for the ongoing running of the organisation with a new type of event - a VIRTUAL Ladies Day. The event will take place online on Saturday 13th March from 1pm - 3.30pm. Attendees do not need to go on camera, but can sit back and enjoy an exciting afternoon of musical entertainment, demo videos, raffle and over 20 virtual stalls to shop from.

Demonstration videos will include gin cocktail making with Lanark Distillery, 'at home' mini facial with The Body Shop, style tips from Mhairi at Styled by Susie, chair yoga & relaxation with Buddha Bairns, 'at home' mini mani with Justine and a 'Tropic Skin' fabulous feet demo with Megan. Tickets are on sale now and attendees are encouraged to book as soon as possible.

Tickets can be ordered by emailing lamstickets@gmail.com, messaging the LAMS Facebook page or contacting 07815 677 936

Further information can be found on the Virtual Ladies Day Facebook event at www.facebook.com/LanarkAmateurMusicalSociety