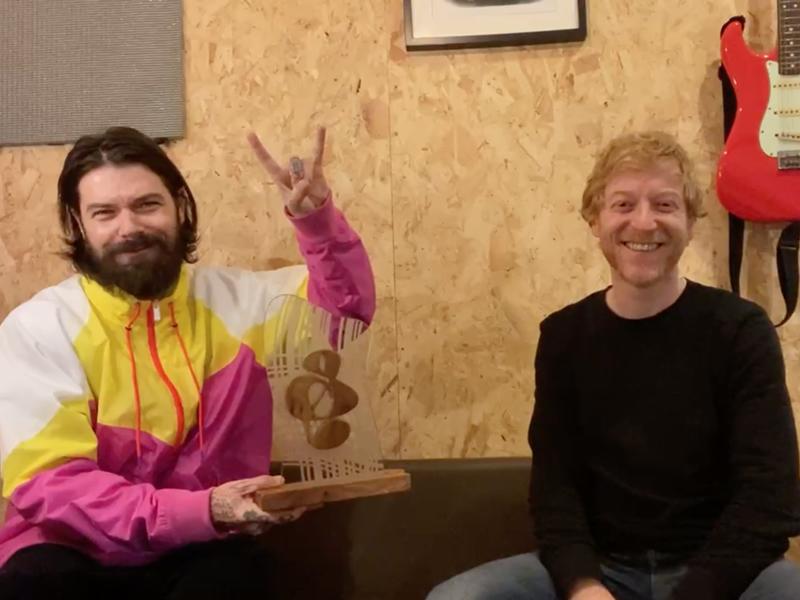 The highlights show is free to watch now via Nordoff Robbins’ Facebook for two weeks only.

The Specsavers Scottish Music Awards have been the main fundraising event for Nordoff Robbins in Scotland for the past 20 years and last year’s special virtual event is nominated for a Digital Event Award for ‘Best Digital Fundraising Event’ in 2021, with winners announced on 18th March.

Donate to Nordoff Robbins here to help them deliver life-changing music therapy to those who need it most.

One of Scotland’s music industry’s biggest events, the charity fundraiser moved online for the first time ever due to COVID-19, with host Edith Bowman broadcasting live from SWG3 in November. As fans across the country tuned in from their own homes, stars including Luke La Volpe, Gun, HYYTS, kitti, George Bowie and Marc Anderson, and Stephanie Cheape delivered exclusive socially-distanced performances.

Award winners on the night included Texas, who recorded an exclusive set for the show including classics ‘Inner Smile’ and ‘Thrill Has Gone’, and Dougie MacLean who took home the Special Recognition Award. Live from his old village school in Perthshire, the singer-songwriter enchanted the virtual audience with ‘The Gift’, written after he visited a Nordoff Robbins music therapy session.

One of Scotland’s most successful musical exports, Amy Macdonald opened the show with hit ‘This Is The Life’ while Wet Wet Wet treated viewers to an incredible set of their biggest hits. Performances from Gun and HYYTS kept the party going before George Bowie closed the show with the ultimate Saturday night GBX set.

The first ever virtual Specsavers Scottish Music Awards were a resounding success with fans, industry figureheads and artists joining together to support the incredible work Nordoff Robbins does.

For the chance to view it all again, visit www.facebook.com/NordoffRobbins/.