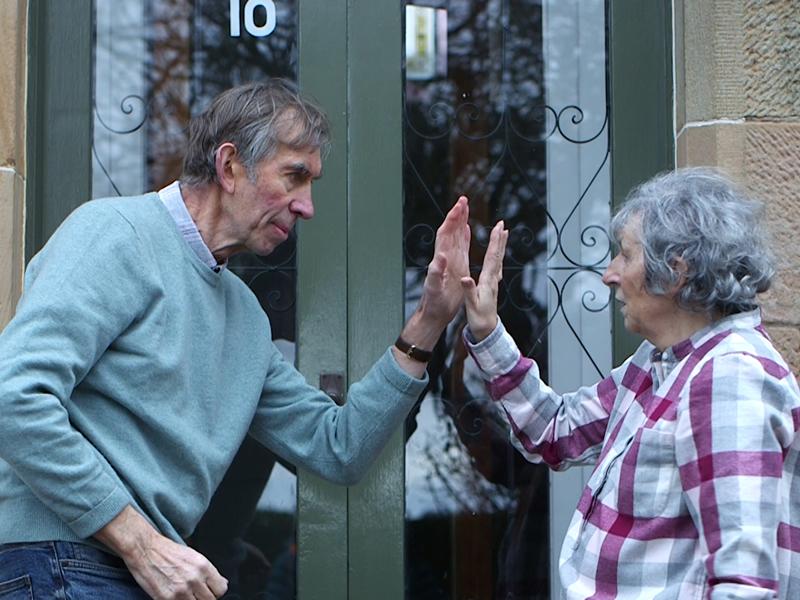 From Orkney to Tasmania, Haud Close was a multi-artform project that connected with over 100 people worldwide to celebrate the creativity, strength and perseverance of people living with neurological conditions, and their households.

Initially inspired by Scottish Ballet’s award-winning dance film, Haud Close Tae Me, directed by filmmaker Eve McConnachie in 2017, with choreography by Christopher Hampson and poetry by Jackie Kay, the project used the film’s resonating themes of reflection and visibility to explore connection at a time of separation.

As part of the project, a global callout also invited people living with dementia, MS and Parkinson’s to submit a 20-second video response to either a poetry or dance task set by the company. These feature in a new dance film called Haud Close Together that connect local residents from Erskine Care Home in Bishopton, to responses from as far and wide as Australia.

Lisa Sinclair, Dance Health Manager of Scottish Ballet, said: “As we reflect on the last year, the need for connection is stronger than ever. We are delighted to have found new ways of connecting and celebrating our global SB Health community and have been moved by the honesty and creativity shown by all who engaged with Scottish Ballet’s project, Haud Close.”

The two new dance films Haud Close and Haud Close Together, alongside a poetry collection and gallery of visual art created throughout the project, can be viewed for free here: www.scottishballet.co.uk