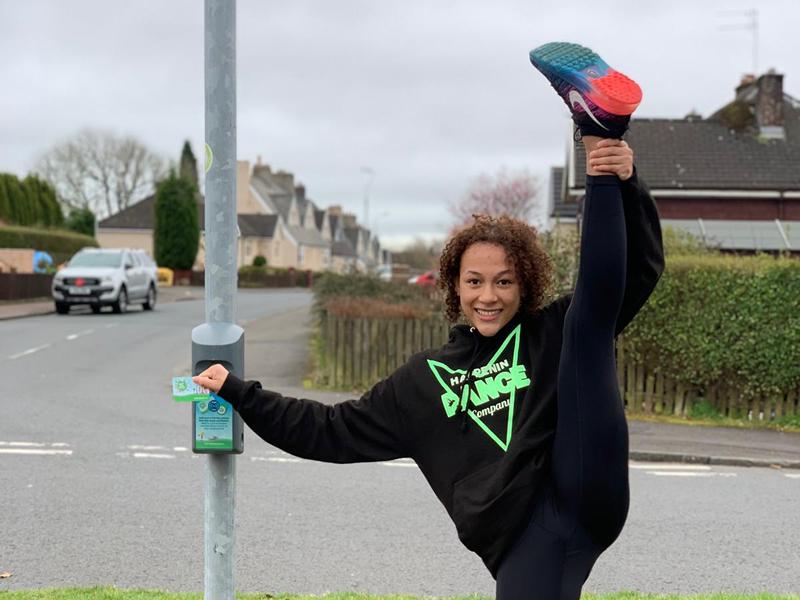 There are now 8,300 participants in the physical activity game who have walked, cycled, run, wheeled and scooted more than 90,000 miles since the game began in March.

This week, Beat the Street Hamilton and Blantyre enters its Go Active themed week to encourage participants to find new activities and sports to try out. The idea is that people will find something that they might not have tried before to help them continue to keep up their new active habits after the Beat the Street competition comes to an end on Wednesday, 28th April and to explore the sports and leisure options on offer.

Anyone of any age is invited to take part in Beat the Street and you can still get involved now by picking up a card from one of the distribution points on www.beatthestreet.me. You can join an existing school, community group or workplace team or you can set up your own.

Teams of all varieties including schools, community groups and workplaces have been battling it out for the past several weeks across the average and total points leaderboards to take home prizes of vouchers for books if they top the leaderboard. There are also prizes for individuals and ‘lucky spot’ prizes just for taking part.

David Livingstone Memorial Primary School is at the top of the schools total and average leaderboards, while Happenin’ Dance leads the community leaderboard on total points and Eddlewood Community Action Group leads the average points.

Stephanie from Happenin’ Dance said: “Beat the Street has been so much fun for the local children and their parents and guardians in the dance school. We have not missed a day of walking, cycling or roller skating since the game began, as our families are very competitive with each other!

“Due to lockdown we have not met up together in months, and now we are able to meet outdoors in our families to scan our cards, socially-distant obviously, as one big Happenin’ Dance Group, which has been so lovely to see!”

Michael McGlynn, Executive Director of Community and Enterprise Resources, said: “The aim of Beat the Street is to encourage communities to become more active and to incorporate those healthy habits into their lifestyles over the long-term so they become part of people’s lifestyle. The Go Active themed week is a celebration of all the ways you can get moving in and around the area and a fabulous opportunity to try out something new without any pressure.

“Beat the Street is a fantastic, free-to-enter initiative and anyone can get involved. As well as encouraging you to get active which will have a hugely positive impact on your health, you could also help support Kilbryde Hospice to win a prize.”