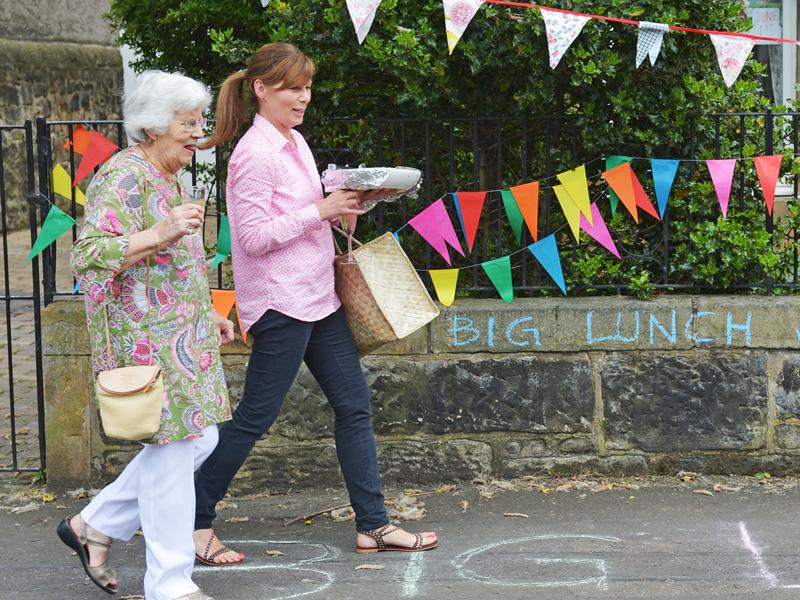 New research out today reveals more than half of Scots has some anxiety about socialising without restrictions, with 58 per cent of Scottish residents saying they are scared, anxious or apprehensive. In Scotland, a further 38 per cent say it will be a long time before they will feel comfortable socialising in the same way as they did pre-pandemic.

These are the findings of a new poll of 4,000 residents from across the UK which show that millions of us are worried about increasing social pressure now that lockdown measures are beginning to lift.

The survey, which was conducted by OnePoll for The Big Lunch, a National Lottery and Iceland Foods supported initiative also reveals:

• 26 per cent of Scottish people are worried about their ability to readjust to normal levels of social interaction again
• Around 66 per cent of people in Scotland are worried about visiting crowded places, and
• The Scottish nation are divided on physical contact with half (51%) saying they feel confident and comfortable with the idea of hugging once restrictions are lifted and the other half planning to keep their distance

The Big Lunch aims to bring people together to engage with each other and help to build more resilient, better connected communities. This year, The Big Lunch will take place from the big date 5th – 6th June as people share food and have fun as they get to know each other. Last year saw the event go virtual for the first time ever, however as the world slowly starts to return to some type of normality over the coming months, The Big Lunch is encouraging anyone and everyone to get together digitally or, in real life to unite in a nationwide act of community friendship.

Sophie Bridger, Country Manager (Scotland) for the Eden Project says: “It's been an incredibly challenging year, and for many of us, the connections we made in our communities have helped us get through it. As we emerge from the toughest of times, we want to support people and communities and as we start to reconnect with the world around us.

The Big Lunch is a brilliant way to ease yourself back into socialising. By seeing your neighbours for some cake and a natter, you can keep friendship and community spirit going. There’s plenty of different ways to take part - outdoors, online, over the fence or on the doorstep from 5th June right through into July. It’s so important to find ways we can get used to socialising, connecting and making new friends again and The Big Lunch can help people do that where they live by bringing people together to celebrate connections and our amazing communities.

This year The Big Lunch is spreading out across a whole month of community, kicking off a summer of friendship and fun. From hosting a Big Lunch to thanking volunteers in Volunteers Week, to packing some snacks and hitting the park in National Picnic Week, we are encouraging the nation to join in when it works for them.”

The research conducted in April 2021 suggests high levels of re-entry anxiety and concerns about our ability to socialise as we come out of our third lockdown period. However, despite 64 per cent of UK respondents worrying about socialising with large groups or in crowded places, one of the positives is that two thirds of the Scottish population are comfortable meeting smaller groups locally for picnics or community BBQs.

Despite a high percentage of the population worried about socialising post lockdown, over 25 million of us in the UK feel relieved at the idea we’ll be able to socialise without restrictions in the coming months and 30 per cent actively excited at the prospect.

The Big Lunch, an idea from the Eden Project, made possible by The National Lottery and Iceland Foods, attracts millions of people across the UK each year.

Last year for the first time in its 12-year history, the event was moved online to adhere to COVID lockdown measures. Over 4 million people took part in The Big ‘Virtual’ Lunch, with events running online, on the phone and on the doorstep.
This year especially, there are more reasons than ever to get together so why not have a Big Lunch and start connecting where you live. Join in on The Big Lunch from 5th – 6th June at www.thebiglunch.com.