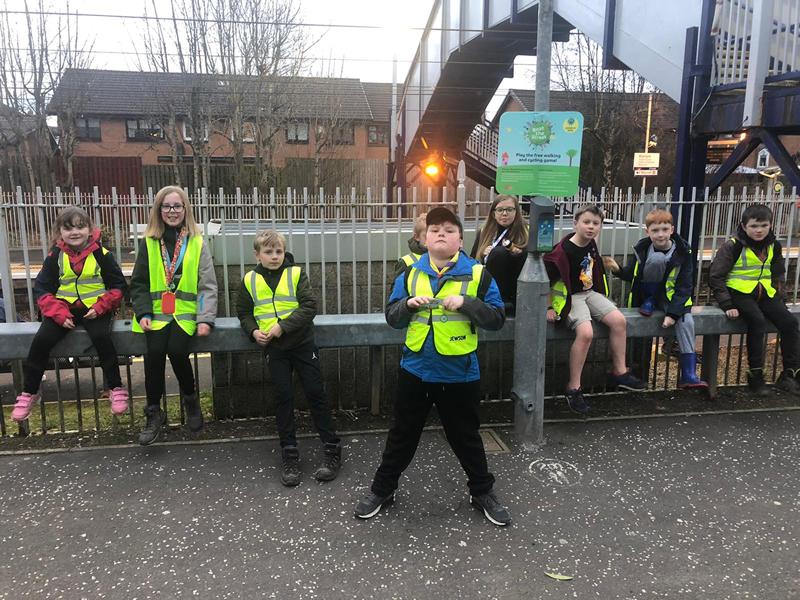 As the game ends on Wednesday, 28th April, the battle for the top spots on the leaderboards is hotting up. The final themed week in the game is ‘Go Celebrate’ beginning on Wednesday, 21st April. The aim is to encourage players to see how far they can walk, cycle, run, scoot or wheel in the remaining days, and to challenge participants to exceed the target of 130,000 miles which will unlock a further charity payment of £200 to Kilbryde Hospice, bringing the total donation to £500.

In the final seven days, every Beat Box in the game will be giving out double points. The game will then come to an end at 7pm on the 28th April when the leaderboard will be taken down and the winners announced shortly after the competition.

More than 8,360 people have signed up and have together travelled an incredible 107,000 miles so far in the competition.

Feedback from participants has been that the game has helped them not only get fitter and more active, but also helped families spend time together and even supported map learning skills.

Chris McCrory, group scout leader, said: “The 3rd Blantyre scout group signed up for Beat the Street as a way to encourage our members to get outside and exercise, as well as using their map reading skills! All the group sections, beavers, cubs, scouts, explorers and leaders are participating. We've really enjoyed getting outside, working together and exercising. It's a great activity that can be completed individually but still as part of a team working towards a common goal.”

Val Caldwell, Beat the Street programme manager for Scotland, added: “The Beat the Street Hamilton and Blantyre game has been such a huge success to the extent that we have now run out of cards and fobs! With the game ending on 28th April, we’re asking all residents to give it their best efforts in these last days. If you have an unused card or fob sitting at home, why not sign up now and get involved. Let’s see how far you can go!”

More information including the winning teams will be available at www.beatthestreet.me/hamiltonblantyre and on social media @BTSHamBlan