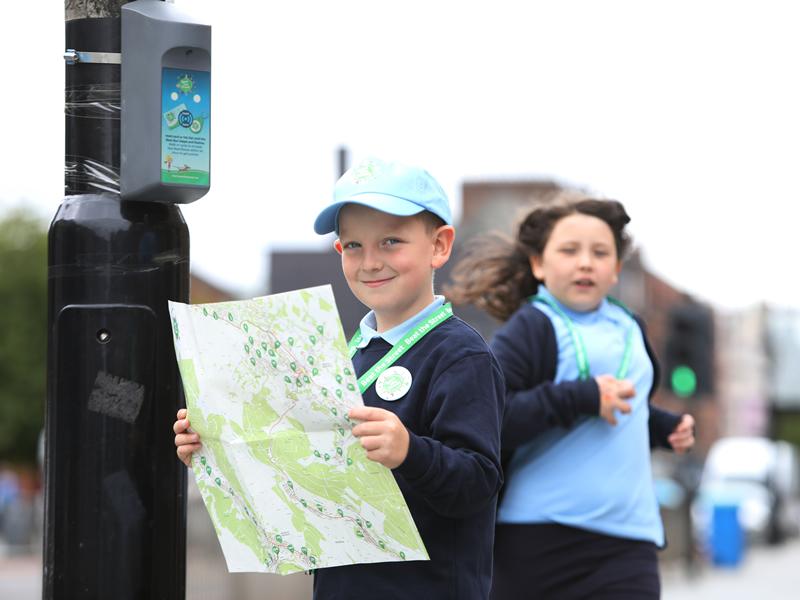 Cambuslang and Rutherglen’s Beat the Street challenge starts next week!

Beat the Street is a free initiative that will turn the towns into a real-life interactive game for six weeks from 15th September to 27th October.

The idea is that local residents form school, workplace or community teams and score points – and prizes – the further they walk, cycle and wheel within the game area. All whilst doing their bit for the environment.

There are prizes for the teams that travel the furthest with vouchers for books and sports equipment. There is a total points leaderboard and an average leaderboard so opportunities for teams of all sizes to win.

There are prizes of sport of book vouchers for the top teams on total and average leaderboards, plus lucky tap prizes that can be won just for taking part! Plus players can support Kilbryde Hospice as the charity will benefit from a £100 donation up to £500 each time the community reaches a weekly preset mileage target.

Beat the Street was devised by GP Dr William Bird to make exercise and physical activity fun by introducing a competitive game element. It has been played in towns and cities from the north of Scotland, to nearby Hamilton and Blantyre who played earlier this year, and also Lanark and Rutherglen.. Since the pandemic, the game has been played by more than 150,000 people who reported that it helped with mental and physical health at a difficult time. The game has also helped people appreciate how very easy it is to travel across their local towns by walking, cycling or wheeling. The Beat Boxes, cards and fobs have also been adapted and are now more sensitive meaning that the game is contactless.

Primary school pupils will be provided with fobs while parents and teachers will receive a card from the school so they can accompany children. The wider community can pick up a contactless card from a distribution point listed at www.beatthestreet.me/CamGlen

Players then travel between the 63 Beat Boxes scoring points with their fobs or cards as they go. The further players travel, the more points they score for their community or school team. Each week is themed with different activities to help participants get the most out of their Beat the Street experience.

More information, including where to collect a free card and map, will be available at www.beatthestreet.me/CamGlen and on social media @BTSCamGlen