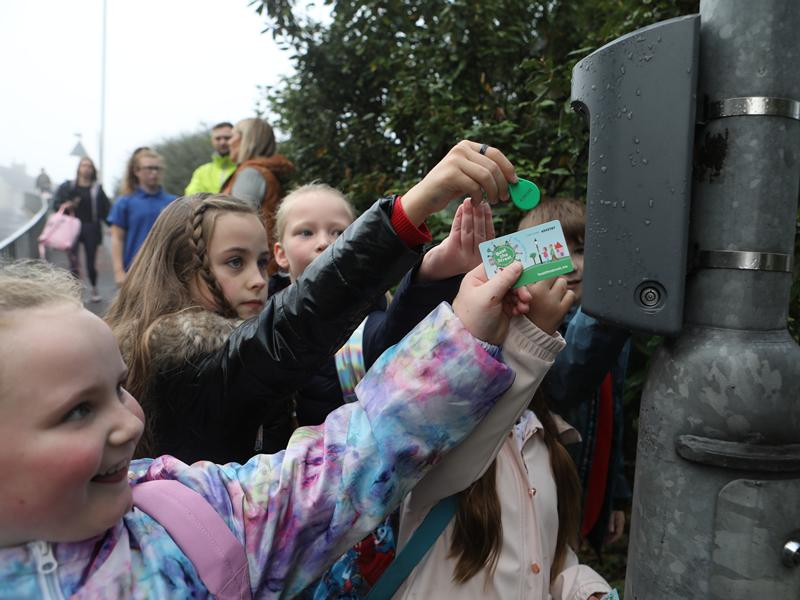 So far, more than 10,100 participants have signed up and have together walked, cycled, run, scooted and wheeled nearly 23,000 miles across the game area.

Teams are in with a chance of winning vouchers for books or sports equipment simply by walking, cycling or wheeling as far as possible between the Beat Boxes which are spaced approximately half a mile apart – hovering their fobs or cards over the Beat Boxes to score points.

The further players travel, the more points they score for their community or school team. The first Beat Box you hover your card over marks the start of your journey; walk, cycle or wheel to the next one and you score 10 points. Then keep going!

There are leaderboards for schools, community teams and workplaces, plus players can help St Andrew’s Hospice to win a £500 donation. Each leaderboard is divided into total and average points to ensure that smaller teams are in with an equal chance of winning.

Councillor Jim Logue, Leader of North Lanarkshire Council, said: “It’s great to see how people have embraced the Beat the Street game and have clocked up an impressive number of miles. There are bonus points on offer on some Beat Boxes to help you get out and about and to find new routes to school or work, plus other local areas you may not have known about.”