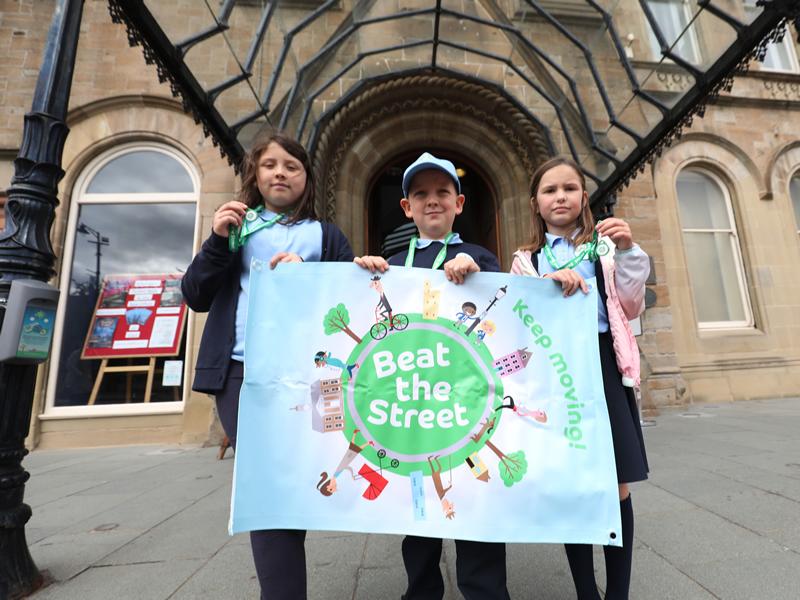 From Wednesday, 29th September, this week is ‘Go Travel’ week where people are encouraged to think about walking or cycling to work or school rather than taking the car.

Partcipants in Beat the Street Cambuslang and Rutherglen have already racked up almost 55,000 miles and nearly 8,000 people have signed up to take part. It’s not too late to get involved in the free physical activity game that encourages players of all ages to get active and to ditch the car, and walk, scoot, wheel, cycle or run instead. Collect a card and map from one of the distribution points listed on the www.beatthestreet.me/CamGlen website, join a team and start playing!

There are total and average points leaderboards for schools, community teams and charities with vouchers for the teams that travel the furthest. Additionally, players can help Kilbryde Hospice to win a donation of up to £500.

One of the Grow 73 team members, Iain Matheson, said: “I’m discovering corners of our community that my legs have never visited before!”

Taking place until 27th October, Beat the Street is transforming the two towns into a real-life game with players tapping special sensors called Beat Boxes dotted across the town.

Councillor John Ross, the Leader of South Lanarkshire Council said: “This week is Go Travel week and we are challenging you to ditch the car and play Beat the Street on your way to work or school instead. You’ll be rewarded with double points around commuting hours!”

To find out more about the Beat the Street game, including where to collect a card, visit www.beatthestreet.me/CamGlen or social media @BTSCamGlen.