Organisers of the recent Beat the Street challenge presented St Teresa's Primary School with their prizes for their incredible performance in the game. 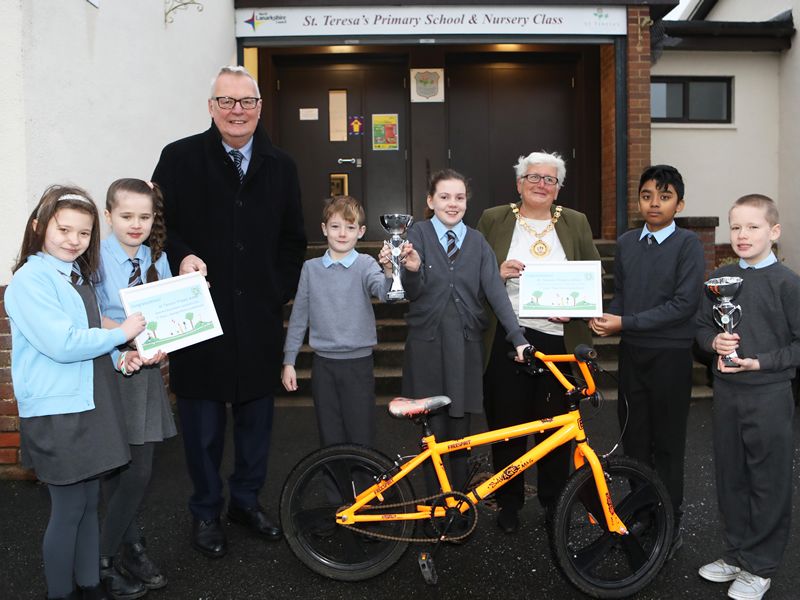 St Teresa’s came top of both the total and average points leaderboard as their 214 players clocked up 269,480 points in the physical activity game.

Participants of all ages and abilities from the towns of Motherwell, Bellshill, Wishaw and Shotts were invited to take part in the free competition that turned the area into a walking, cycling and wheeling game.

Councillor Jim Logue, Leader of North Lanarkshire Council and Jean Jones, Provost, went to the school to hand the prizes and trophy to the pupils.