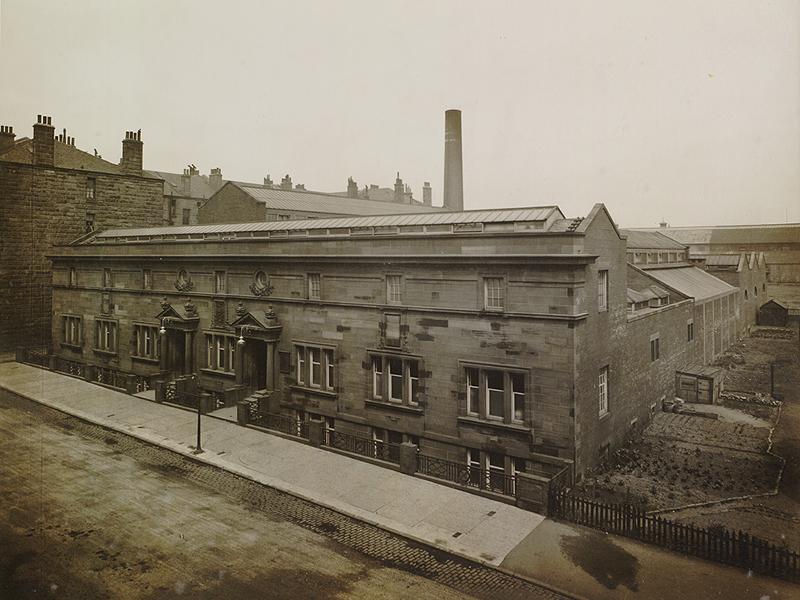 Scotland’s oldest surviving astronomical observatory, one of Glasgow’s most famous community baths and a project to encourage and support skills training to disadvantaged and marginalised groups are just some of the projects set to benefit from funding from Historic Environment Scotland (HES).

£104,888 has been awarded to nine heritage projects as part of the Historic Environment Support Fund, administered by HES. The work being carried out by the recipients will benefit communities across the country, with projects based in Orkney, Aberdeenshire, Dumfries and Galloway and central Scotland, among others.

The Historic Environment Support Fund is used to support various one-off, heritage-related projects in Scotland and has been running since 2016, with £898,014 distributed since it was launched.

Funding has been awarded to the following projects:

• £34,000 to The Ridge Foundations CIC for a project to deliver traditional skills training to marginalised groups and local high school children and undertake repairs to historic environment assets within the Dunbar Conservation Area.

• £14,375 for a project to restore and rethatch the roof of an A-listed cottage in the Highlands which is currently on the Buildings at Risk Register. As part of the project, community outreach activity will engage the public with vernacular heritage, traditional building materials and the reuse of historic buildings.

• £10,011 to Children in Scotland for a project to identify how better to engage young people with the heritage sector and ensure the historic environment is inclusive and equally accessed by all.

• £7,022 to the Royal Society for the Protection of Birds to conserve the Loch of Strathbeg windmill stump in Aberdeenshire and install new interpretation to encourage visitors to learn about the role that the windmill tower has played in the historic environment of the area.

• £4,900 to Climavore CIC to investigate utilising natural, regenerative and sustainable coastal products found on the Isle of Skye in the application of building materials.

• £4,800 to Orphir Community Council for a project to improve the audio-visual interpretation at the Orkneyinga Saga Centre.

• £4,680 to Govanhill Baths Community Trust for a project to engage the local community and record their memories and stories about the Govanhill Baths in order to produce a book that will celebrate and preserve the history of one of the most cherished buildings in the south side of Glasgow.

• £2,100 to the Dumfries and Galloway Outdoor Access Trust to install interpretation at Castle Haven Dun and establish a footpath which will connect the scheduled monument to the wider coastal path network, making it more accessible to the public.

Amy Eastwood, Head of Grants at HES, said: “From developing and promoting traditional skills to looking for sustainable ways to reuse and repair buildings as well as engaging a wide range of different groups with the historic environment, these projects showcase the diverse impact that heritage has on people’s lives, and the valuable contribution it has on communities up and down the country.

“With COVID-19 restrictions still in place, many of the Support Fund recipients have had to adapt the way in which they carry out their activity in order to continue delivering the invaluable work they do to protect and celebrate our historic environment, and I look forward to seeing the progress unfold as we enter 2021.”

The next application deadline for the Historic Environment Support Fund is Wednesday 31 March 2021. For further information, visit: www.historicenvironment.scot/grants-and-funding/our-grants/historic-environment-support-fund/