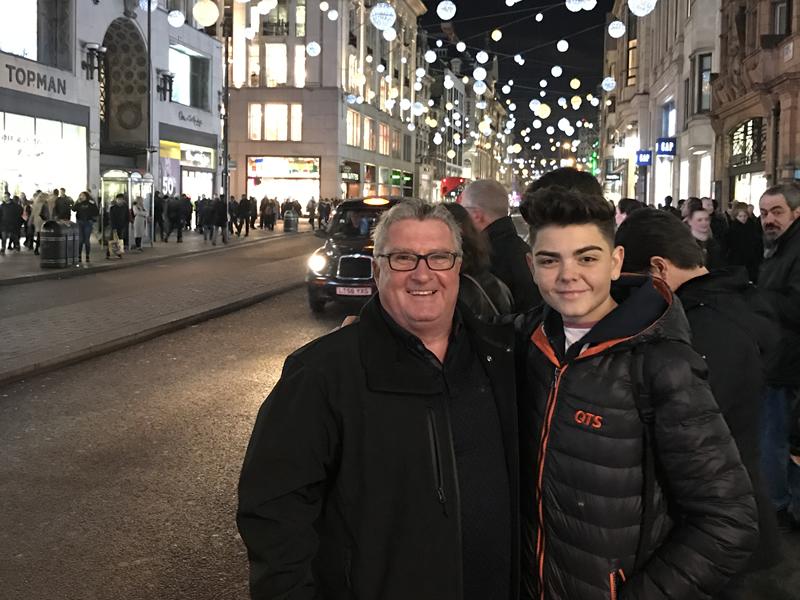 QTS Group, which provides specialist services in rail engineering, infrastructure and training, will see its employees fundraise for the charity over the course of the next year.

It has kickstarted the partnership with a £500 donation that will support the charity’s work helping children living with rare diseases to smile.

The charity was founded in 2015 by Samuel Bell, 22, from Knightswood, who has the rare condition Total Intestinal Hirschsprung’s Disease, which prevents the intestines from forming properly.

His aim was to create memorable experiences for children that they could savour. Samuel’s Smile has worked with more than 100 children and young people living with rare diseases in the region to give them the chance to create memories of a lifetime.

With the backing of QTS Group, the charity will continue to provide children and families with special experiences.

Samuel Bell said: “As a charity which relies solely on donations, 2020 was a difficult year for us with many of our fundraising events cancelled due to the Coronavirus pandemic.

“We are very grateful to QTS Group for choosing us as its charity partner for the year and we can’t wait to see what fun and exciting fundraising ideas its employees come up with.”

Samuel’s Smile is one of QTS Group’s five charities of the year nominated by its employees. The group has earmarked a total of £2,500 for its charity partners and aims to raise much more throughout 2021.

The group will also be supporting Andy’s Man Club, Whiteleys Retreat, The Kris Boyd Charity and KIND – all based across England and Scotland.

Alan McLeish, Managing Director at QTS Group, said: “All the charities we support are chosen by our staff and as a firm, we are dedicated to helping charities and communities where we operate.

“Samuel is a very driven young man and seeing the work he has done in helping to enrich the lives of children living with diseases like his, is inspirational.

Samuel’s Smile has already helped so many children and young people in the region and with the help of the QTS team, we hope that the charity can continue its amazing work.”