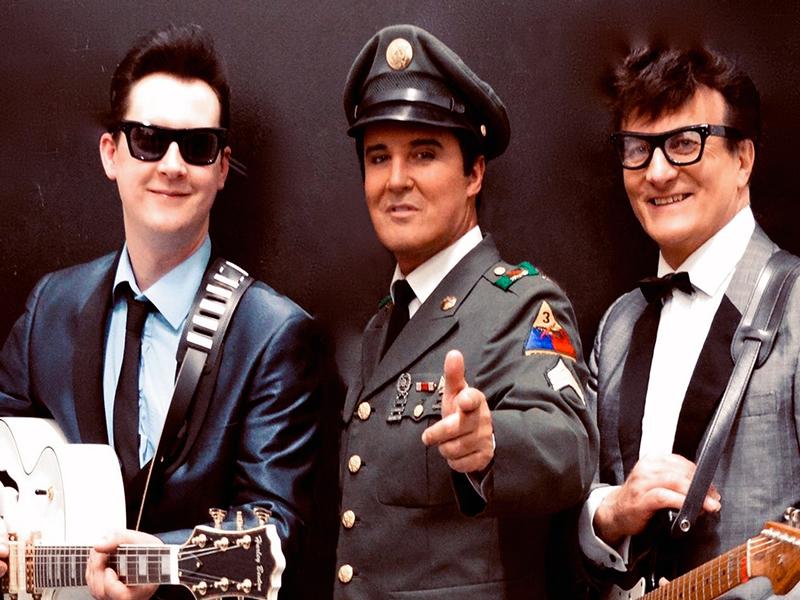 About We Three Kings


Roy Orbison played by Darren Page will have you believing Roy is back in the
Room. Darren has performed all over Europe and the UK, with all the favorites from Crying, In Dreams, I Drove all Night. Pure magic how Darren recreates the style of Roy himself!

Marc Robinson and his four-piece Band ‘The Counterfeit Crickets’ pay attention to detail with a tribute to Buddy Holly, with authentic attire, horned rimmed glasses and the famous Stratocaster Guitar.
Marc Robinson from the original ‘Stars in their Eyes’ Show and 'Buddy’ The Musical, creates nostalgic memories with songs that include…Heartbeat, It Doesn’t Matter Anymore, Peggy Sue and True Love Ways!

ELVIS, what more can you say, the King of Rock n Roll himself, Hit after Hit from….That’s all right Mama, G.I. Blues, & Burning Love. From the ‘BBC Elvis Show’ and many more Hit Shows around Great Britain and Europe, Steve Halliday, with authentic costume changes will transport you back to the days when Rock n Roll was King!

Will Rock n Roll in East Kilbride ever Die? That’ll be the Day!

Carla J Easton is a pop songwriter with a back catalogue that would make most people envious! Catch her live at Lanternhouse on Friday 1st July!
Read more

Re-live the sounds of the swinging sixties, as Britain’s No. 1 tribute show brings alive the magic of the sixties at Motherwell Concert Hall on Friday 15th July!
Read more